Teguh Prasetyo (Interfectorment / Digging Up): What is the reason why you picked the name?

Daniel: First, Butche called me; he held a lot of evets before such as Grinding Fest, Thrash Fest, and Thrash Hangover. He asked me, he said: DM is quite popular but why is there no event held by the scene, not by vendors or by merchandisers, e.g. Groupies. Butche asked me why I don’t make a movement from the scene. We want a name with no ownership; everyone can use it and it is free. At first, we were thinking of the name Paris Van Java but it is too fashionable a label. The other name for Bandung is Flower City so we make it Flower City. I start to make a new community for the younger bands; it is not just one event, it is about making a community.

Kieran James: Is it connected to the radio show at Kabel Hadan?

Daniel; I let the younger generation of bands to continue to do the Flower City event. Now Popo and I focus on the radio show. I am promoting Flower City Death Fest from another way.

KJ: Who are the main people involved in Flower City Death Fest now?

Daniel: Everyone is involved. This is not only an event but also a community so everyone is helping each other to make us grow. Anyone can join. There is a sharing session in the community to discuss ideas and review CDs. The radio show is doing the same. The Death Fest programme is to be a media for the DM community.

KJ: What do Jasad and Burgerkill think about Flower City Death Fest?

Daniel: I don’t know about that, I never ask. I think they still support us, as long as it is a community activity. It is always open for every band even the big names. They are part of the community; they inspire us to make this movement. It was started by the older generation. If the time comes for us to stop there will be a new generation to carry on the torch of the scene. We are not blaming the older generation as they come from a different time. It really depends upon us, the younger guys, to make the scene continue to exist. It will be passed on to another generation; the flame will go on and on. In the future, we may stop but the scene will continue to grow. That is the purpose for the scene.

KJ: Will you consider letting the bands from other cities play?

Daniel: We are open about bands from other cities. At the first Flower City, there was a band from Bali – Kaligula.  But, because this is a community event, and non-profit-based event, the spots for band playing are limited; a lot of the bands from other cities want to play but we must be hard in terms of who will play. There are so many bands but only a few spots. The formula is 60% new bands and 40% the older bands. The slogan is: Death Metal Reborn.

KJ: Is the festival only for DM bands? What about BM bands?

Daniel: In the future maybe there will be a room for other genres to play. The main focus is not only about the music but to help shape attitudes and develop concepts within the music scene. The aim is to create a strong mentality.

Daniel: In Lembang, let’s say Interfectorment, Teguh also plays with Digging Up and Agung with Demons Damn. At the next event, Digging Up and Demons Damn will play so the players should focus on those bands. I’m not being a part of the organizers too much, I will let the younger guys do it: Wisnar (Pourriture / Antithesis guitarist); Daday (Fedora vocalist); and Ermes (Fedora drummer), all aged 20s.

Teguh: I want to ask about the concept for the next Flower City Death Fest.

Wisnar (Pourriture guitarist): The concept is basically still the same. But we already learnt so much from the first event. We intend to make this festival annually but also we will make smaller gigs every few months. We make co-operation with other communities – Thrash Hangover and Bandung Grindfest; the event is called Triple Massacre.

Daniel: At first I thought there was not much young generation after us. But it turned out that there are new bands coming up. We are aiming to promote the new bands such as: 1 Flame of Hate (Daniel became the arranger for the promo); 2 Heugard; and 3 Betrayal Crimson. 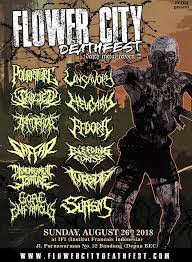 KJ: There must be a lot of young bands out there who are not connected.

Daniel: We are becoming a community; we made an online invitation to all bands who want to join. It is impossible to check all bands. We are very open and we are waiting. But we don’t need too many people to join, only the people who are really interested in and committed to Flower City.

KJ: Message for the supporters?

Wisnar: Love the music from the mind and the heart, not from the prestige. 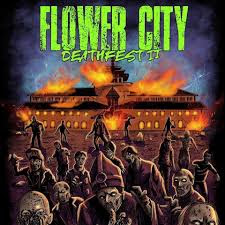 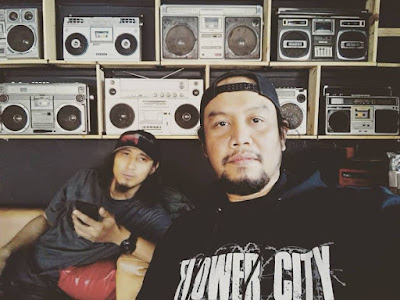 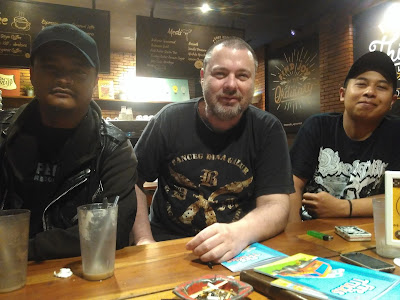 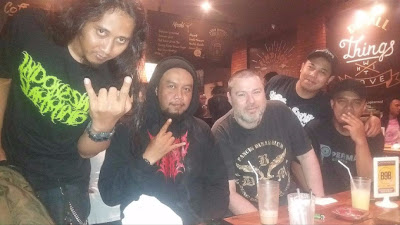