Fara LullabyKid (from Mojokerto, student at Universitas Brawijaya Malang): Hello Mr. Kieran James, as I said before, I want to interview you for my college project. Before you answer my question, please introduce yourself on video record. And These are my questions:
QUESTION 1, Fara: Could you explain what are you doing in your research  What methodology that you use on your research? 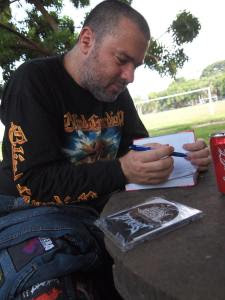 ANSWER: Kieran James: The research is sociology-based so the data is from interviews with musicians and scene members plus attendance at shows and visits to places connected to the scene including tattoo studios, merchandise shops, recording studios, etc The research is ongoing. I published one journal article in Musicology Australia journal (2015) about the death-metal scenes of Bandung and Jogja. I study the scenes as communities, how they operate and concepts of meaning, power, identity, values, resistance, etc consistent with a lot of sociology research. I also look at gender, ethnicity, and class. Next time I want to research Islamic bands such as TENGKORAK and KODUSA.

QUESTION 2 Fara: What are your reasons to do research on metal culture in Indonesia?

ANSWER: I first got interested years ago (around 2009-2010) when I saw advertisements for JASAD CDs in Terrorizer magazine (UK). I thought it is interesting to have a death-metal band from Indonesia. Then in 2010 I met Jason of Xenophobic Records and I watched DEATH VOMIT (DEVO) play in Australia. Jason organized tours of Australia by BURGERKILL and DEVO with proper legal paperwork and visas. I wrote to JASAD and I met Man and Ferly in Bandung in February 2011. The research began from there. I thought it is interesting to research how a Muslim majority country will use and adapt and bend the death-metal culture of the west to suit its purposes and give meaning to people's lives. So for example more metal bands in Indonesia write about struggle and corruption which in the west is more for hardcore and thrash bands and not so much for death-metal.

QUESTION 3 Fara: Do you think metal culture in Indonesia is interesting enough to be an object of cultural studies? 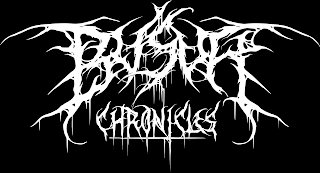 ANSWER: Yes, absolutely and definitely and even more so than for scenes in South America and Eastern Europe. This is partly because those scenes are much older (dating back to early-1980s) and also because Indonesia is Muslim-majority. My research attracted a lot of interest and the high-rated journal Musicology Australia wanted to publish my first article. All around the world everyone is very interested in this topic. However, some Indonesian lecturers and academics don't see why the scene in Indonesia is so special. They think they are superior to the "street-kids" playing metal and punk in their cities so foreign lecturers are more interested to do this research than local. However, this may be changing as I know some honours dissertations done by Indonesians including one by Dwi Yudha from Gresik (from the bands OSIRIS and ANUBIS) and several from Bandung.

Q4 Fara: In your opinion, what is Metal? And why you are interested in Metal?

ANSWER: Metal began in the late-1960s and early-1970s with bands like BLACK SABBATH (who were really heavy blues); RAINBOW featuring Ritchie Blackmore and Ronnie James Dio; JUDAS PRIEST; and SCORPIONS. In those days metalheads also followed bands such as STATUS QUO, KISS, AC/DC, SLADE, and others which would now be called hard-rock. Sub-genres did not emerge until the late-1980s when we saw death-metal, black-metal, etc become separate sub-cultures with their own aesthetics, ethics, history, and heroes. However, I do think the 1980s was a special time when the guy who liked HELLHAMMER and VENOM would also like SCORPIONS, JUDAS PRIEST, AC/DC, and VAN HALEN. I was a metal fan since around 1984 when I was 15-years-old and my favourite bands then were AC/DC, BLACK SABBATH, JUDAS PRIEST, SAXON, and IRON MAIDEN. I am still a fan of power-metal and I recommend strongly the excellent band VALERIAN from Surabaya who play melodic power-metal HELLOWEEN-style. I liked metal because it was more underground and less commercial, it was about struggle and honesty and inner toughness. To quote METALLICA, "honesty is my only excuse".

QUESTION 5. Fara: Please tell me your opinion and about metal scene in Indonesia?

ANSWER: It is amazing how strong and how passionate the people in the scene are and how much unity there is. A lot of people genuinely do put the scene above their own personal interests. Especially in Bandung there is a huge network of merchandise shops, tattoo artists, band employees, recording studios, etc which creates employment (as Addy Gembel of FORGOTTEN said to me) as well as of course helping young people create identities and build friendship networks. The strength of the scene in Bandung today is due to people such as Man, Ferly, Yuli, and PAPAP from JASAD; Amenk from DISINFECTED; Addy Gembel from FORGOTTEN; Dada from TURBIDITY / DEATHSTAR TATTOO; Bobby from BLEEDING CORPSE; and Kinoy from UNDERGOD who really committed themselves to building up a strong scene over the past 20 years. Mention should also be made of Iwan D (ESP Records), Kancil from JIHAD, Glenn from BLOODGUSH, Butche from THE CRUEL, and many others. Then we have young second generation bands with talent such as AUTICED, DEMONS DAMN, MORTALITY, GIRLZEROTH, SAFFAR, CANNABIES, NEMESIS, BLOODGUSH, and others. Outside Bandung the scene perhaps has fewer people and the passion is a bit more hidden and quiet but every town or even village in Indonesia has some metalheads. Surabaya is best for power-metal and East Java has great black-metal. Even Madura Island has seven underground bands including SICKLES and KREMASI. Overall it is amazing how many bands exist in Indonesia and it is the country with the most bands listed at Metal Archives website.

QUESTION 6 Fara: How about metal society in your home country?

ANSWER: I am Australian but I will talk about Scotland because I live here now. Glasgow had the famous hair-metal band HEAVY PETTIN' which released two albums in the 1980s in the style of MOTLEY CRUE / RATT. The death-metal band CEREBRAL BORE is also a well-known band from here. I guess in the west the scene is really fragmented according to sub-genres and age with younger metalheads mostly following deathcore and metalcore bands. The black-metal trend was huge in the 1990s and after that nu-metal, metalcore and deathcore. Only a few bands such as IRON MAIDEN and CANNIBAL CORPSE might attract a good mix of fans from 18 years up to 50 years at their shows. I guess I respect Germany and the Eastern European countries the most because they follow trends less and they kept their loyalty and interest to thrash and power-metal genres alive over four decades whereas in western Europe and USA power-metal nearly died in the 1990s and it is still small in the USA today.
﻿

QUESTION 7: Fara:  Any message would you like to say for metal scene in Indonesia?

ANSWER: Yes, I think the younger people really need to remember the efforts of the pioneering legendary bands and they should not be selfish but help the scene and the younger bands. In Bandung the younger ones must keep the great traditions alive. It is important not to follow every trend. Even if you play a more trendy style like DANTE MUST DIE in Surabaya you should respect and keep connection with older bands. DANTE does this, they have a good relationship with JAGAL for example. Also, if the scene gets smaller, you should not give up on the scene. Because death-metal now (and black-metal) is almost a trend especially in Bandung. It attracts teenagers who want to be cool and trendy. But what will happen when the scene is no longer cool and trendy and audience sizes go down and the passion goes down? Then we will see who is really committed and passionate about the music and about the scene. So at BUSUK CHRONICLES we always support and promote older bands who are not trendy anymore like UNDERGOD and JIHAD as well as bands we really like such as SAFFAR, VALERIAN, IMMORTAL RITES, UMBRA MORTIS, and SICKLES. We promote all genres but we largely stay away from trendy bands because they have other sources who can promote them.

[By Fara LullabyKid from Mojokerto. Fara is a student at Universitas Brawijaya Malang and she is well known in the metal community of East Java.] 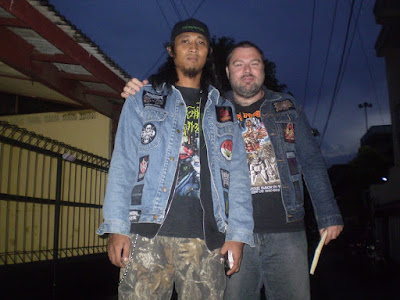 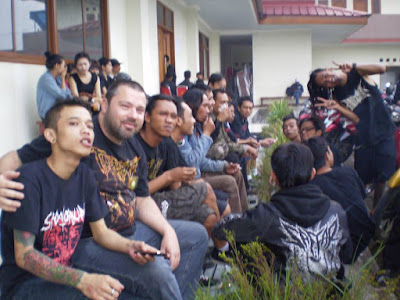 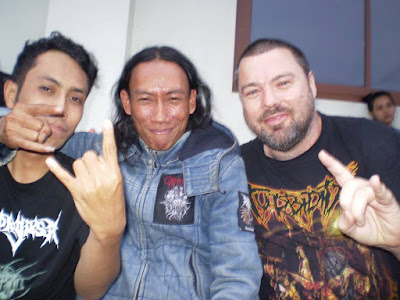 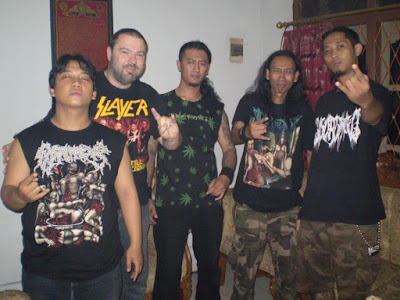 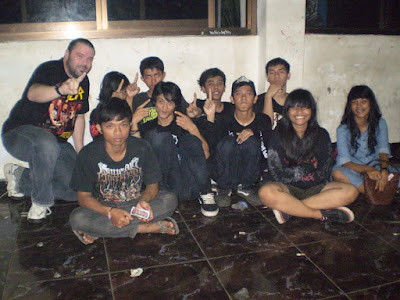 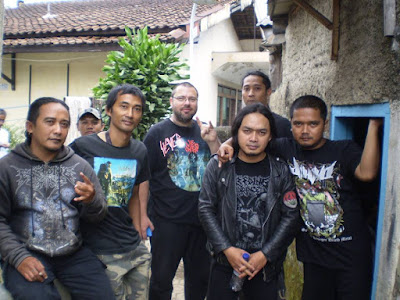 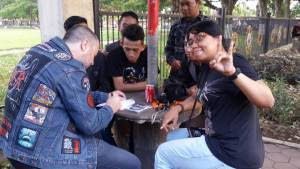