TRIBUTE: The Lights Go Down on Upton Park, Tribute to Micky Fitz, The Business, died 1/12/16

OI punk began as a genre in the early-1980s when East London bands The Business, Cock Sparrer, Cockney Rejects, and 4-Skins started writing about football casuals culture and their love for West Ham United. These were the days when the football hooligan casuals culture was at its peak with football firms up and down the length of Great Britain causing mayhem and destruction. In the UK you had Millwall Bushwackers, Portsmouth's 6.57 Crew, West Ham United's Inter-City FIrm, Chelsea Headhunters, Hull City Psychos, and many others. In Scotland you had Inter-City Firm (Rangers), Celtic Soccer Crew, Aberdeen Soccer Casuals, Capital City Service (Hibs), Motherwell Saturday Service, Dundee Utility (supporting both Dundee and Dundee United) and even small clubs like Airdrie had their own firms (Section B at Airdrie for example). 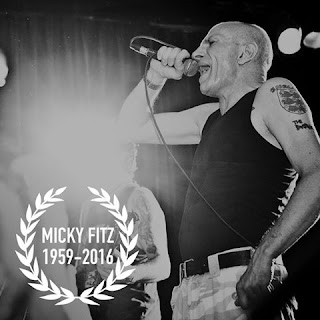 The OI punk bands were the first to connect with and appropriate casuals hooligan culture. Early classic OI songs include: "OI OI OI", "West Side Boys", "War on the Terraces" and "We are the Firm" by Cockney Rejects; "Trouble on the Terraces" and "England Belongs To Me"  by Cock Sparrer; "Saturday's Heroes" and "Harry May" by The Business; and "Chaos" and "Waiting for a Friend" by 4-Skins. OI punk avoided the hardcore shouting style adopted by The Exploited and GBH and others in the 1980s. Instead it kept the melody and clean singing of the original punks Sex Pistols, the Clash and the Damned. OI punk was also important for uniting punk culture and skinhead culture.

The Business was formed in 1979 by school friends Steven ('Steve') Kent (guitar); Michael Fitzsimons ('Micky Fitz') (vocals); Nicholas ('Nick') Cunningham (drums); and Martin Smith (bass). Even though The Business were from Lewisham, South London they supported West Ham rather than Millwall. 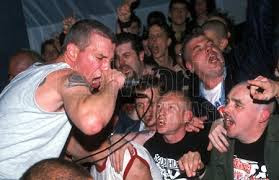 On 1st December 2016 The Business vocalist Micky Fitz passed away from cancer. His cockney East London snarl, sounding so similar to Colin McFaul from Cock Sparrer, and sarcastic politically- and socially-aware lyrics were one of the voices of OI from the early days up until now. He had a good melodic voice too on excellent, more mature work such as "Coventry" and the Welcome to the Real World album (1988). He will be sadly missed. The OI tradition continues through bands such as Booze & Glory; The Skinflicks; Discharger; Evil Conduct; and the excellent Prague band SAINTS'N'SINNERS. Old legends Cockney Rejects showed their continued relevance with the excellent and very moving new single and video-clip "Goodbye Upton Park" released on 11 April 2016 which is about West Ham United's permanent move from Upton Park to the London Olympic Stadium for the 2016-2017 season [by Kieran James, 6 January 2017]. 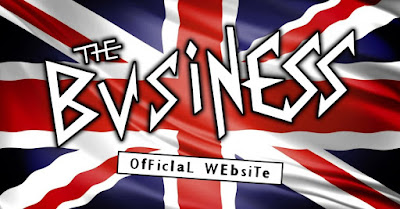 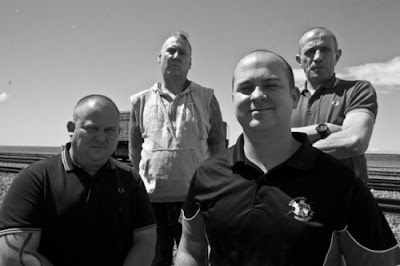 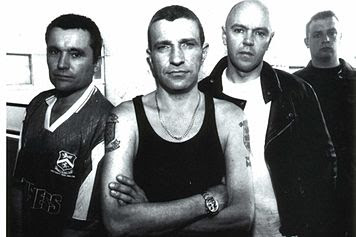 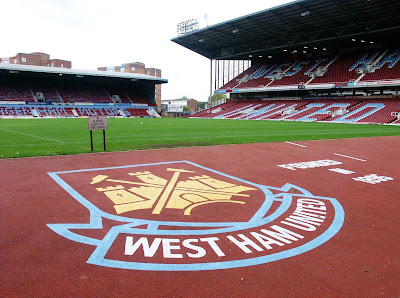 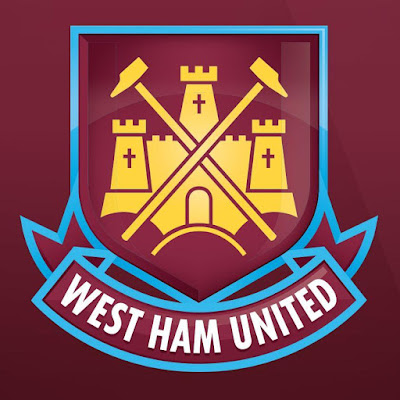 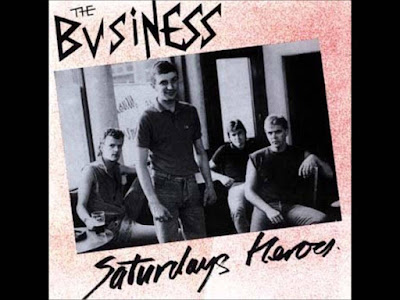 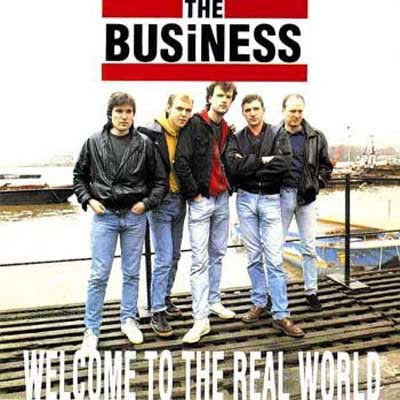