Kieran James (Busuk Chronicles)1: Hi, can you tell me the early history from the formation of the band up to now?

Ilija Stajić (vocalist)1: I started the concept of Illyria in my ancient history class in high school back in 2012 reading up about Roman provinces and ‘Illyria’ really stuck out to me as it sounded similar to my name and where my heritage is from (Serbia). It was great as a solo project for the first few months; the boys one-by-one came along the way until the line-up was settled in 2015. 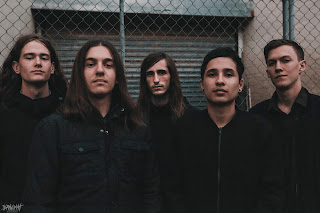 KJ2: How is the response of people to your album?

IS2: It’s been an amazing experience observing our compositions travel around globally, special thanks to the internet. Overall it has been very positive and if there are things to work on it’s been mostly constructive criticism which we have taken on for the next efforts. We are doing surprisingly stronger in Europe and the Americas than our Australasian home-base.
KJ3: What are the most influential bands for you guys in playing music?

IS3: Numerous post-black metal bands from Alcest, Deafheaven and Lantlos being the main three in our eyes but we are also heavily influenced by a lot of prog rock/metal bands like Between the Buried and Me, The Contortionist and anything touched by Devin Townsend just to name a few.

KJ4: “Swansong” is not part of the album track listing; is it a new song and is it going to go on a new EP or album?

IS4: Album II is in the works and we are taking a considerable amount of time to make it perfect. Swansong is just a taste of what is to come and will be part of the next full-length album.

KJ5: For the song “Swansong” you can call the lyrics almost Christian. First we have: “I will pray for you” then “if heaven exists”. Is that the humility of just not being certain? Is it a Christian band and / or do you personally identify as Christian (Serbian Orthodox)?

IS5: Swansong is about my maternal grandmother passing away as she had a big influence on my life, she was my first word as a baby and raised me as much as my parents. It was painful to see her slowly succumb to cancer but I will continue on with her in my heart. When it comes to the Swansong lyrics – I have to clarify that I am no holy saint, so if an afterlife exists, I really need more time here on Earth to purify my soul and reunite with her again. I tried to keep it as open as possible for some who need that spiritual boost regardless of faith and also those who find comfort in other ways.

Being half-Serbian and half-Greek born in Australia, I have always been around the zealous Orthodox community from both sides. I, of course, practice Orthodoxy, and I especially love singing the Divine Liturgy in my choir. The rest of the band members are non-religious which we both respect as it makes us who we are not just as a band but as mates. We write songs about any topic but there is a distinct difference between being a ‘Christian band’ and having a ‘Christian in a band’. Our listeners understand that which is perfect. 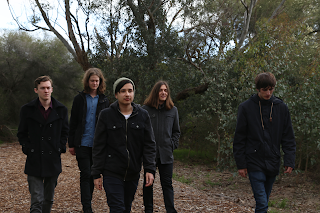 KJ6: More philosophically does Christian Black Metal or Unblack Metal have a right to exist in your opinion?

IS6: Overall definitely not, in the sense that I don’t enjoy ‘over-labelling’ something. Personally, it’s very much hits and misses for me – a really awesome Orthodox black metal act I recommend to check out is Hesychast.

Art is meant to create reactions so when a listener labels something as ‘kvlt’,‘blasphemous’, Christian, Satanic etc. it means the artist is doing something right symbolically, the band shouldn’t enforce it though. I believe to leave it up for the listener to decide what or who they like/dislike.

KJ7: How closely, if at all, do you identify or connect with that early Norwegian scene and its main bands and individuals?

IS7: I personally do not really tie-in with the early Norwegian scene when it comes to black metal; the other guys in the band really enjoy that sort of stuff and bring that flavour into our music. As a band, yeah we respect it but we try to sound like Illyria. Our philosophy is to achieve the goal of a listener knowing instantly that is our music upon listening.

Despite that, George and I love watching the black metal personality flicks like ‘Until the light takes us’ and Varg Vikernes (Burzum) on YouTube with his polarising views, I really enjoy his insight of European history, spending time with his young family and it makes me feel connected with my homeland. A positive European theme definitely has an influential inspiration on our next album, especially when the band is named after a European region!

KJ8: Do you wear corpse-paint on stage and, if not, might you do it in the future? 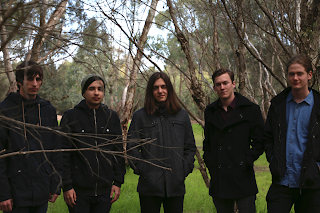 IS8: I kid you not, we talked about this at a point when the full line-up was formed and we believe that imagery is just as important as the aural sensations established. We decided not to wear corpse-paint for the primary reason that we don’t want to bottleneck ourselves only titled as black metal and secondarily that we were a bunch of lazy 18/19 year olds who weren’t keen on the rigorous skin clean-up post-show. It takes a special kind of commitment to do that stuff so we respect bands that get into character on-stage.

KJ9: Do you write all the lyrics and do you do all the vocals? Someone described your music as having “clean vocal” parts and I understand what the person means but they are obviously not clean-clean in the power-metal sense. Do you feel the clean vocals are very important to what the band is trying to do?

IS9: I write and perform all vocals and lyrics in our music aside from the guest vocalists. I push the other boys to join in the fun when recording and live but they don’t have the courage to do it and that’s fine; not everyone finds comfort in it.

Vocals are very important to the band but I must respect the texture of the instrumentals which means I have a choice in sections whether to sing, scream, both or do nothing. I enjoy the versatility and the rest of the band believes that too. I enjoy singing and screaming – when it comes to a whole album I can’t do one without the other.

KJ10: What are the best and worst things about the metal community in Perth at the moment?

IS10: Perth is a tight-knit musical family; an artistic culture with an emphasis on open-mindedness when exposed to a plethora of genres is great. The post-black metal scene is thriving now with bands like Waste Not and Staos emerging through and our fellow contemporaries in Deadspace now signed to a label and touring internationally. The only negative is that we are so isolated to the rest of the country, wait scratch that – the rest of the world! Financing a tour is a thorn in our backside.

KJ11: What are your most memorable shows or experiences onstage and where do you like playing most?

IS11: Nothing will surpass supporting my idols Alcest. That was the best night of my life and to top it off we got to hang out with them afterwards until the early hours of the morning.

Nothing beats a house show. Everyone having a good time and playing in a sweaty, cramped shed is definitely the best for us. Until we start playing bigger shows if we keep working hard, the hearty habitat of a close, intimate show is our favourite. 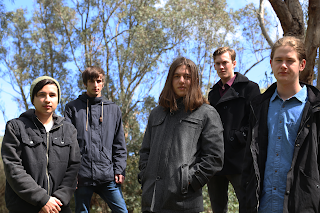 KJ12: Here is a big one. What is the future of Black Metal?

IS12: Black metal is more and more being exposed to new parts of the world. I just saw a video on Facebook of an ‘all-black black metal band’ in Soweto, South Africa. I can only see positives with exposing more people to the niche genre and I hope that more bands incorporate their own touch and influence to make their own unique sound for black metal. I see an evolution for sure. Never forget where you come from but always look to progress artistically to stick out from the rest of the pack – who cares what others think. 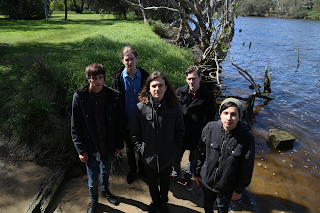 KJ13: Lastly, have you got any message for your supporters?


IS13: Thank you for loyally staying by our side and enjoying the journey with us; if you have read this and are now aware of our existence, feel free to suss us out at illyria.bandcamp.com and join the Illyrian family on our social media. Album II coming soon. 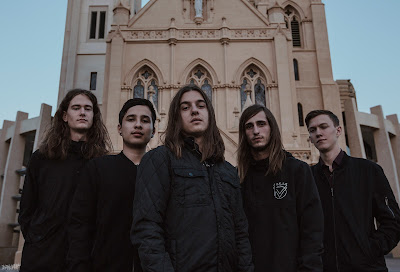 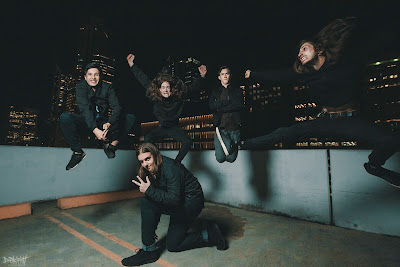 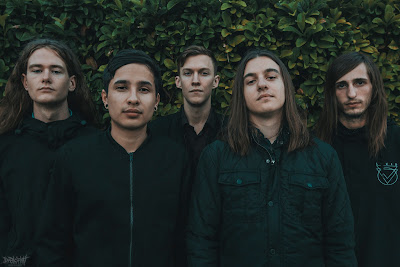 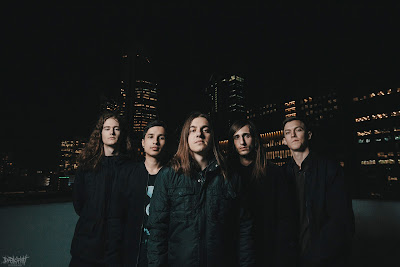 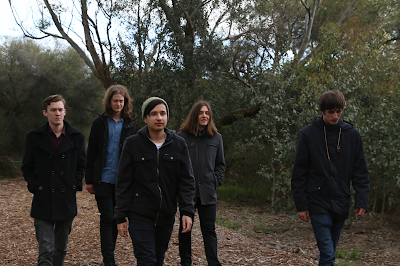 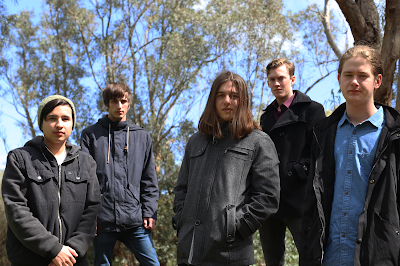 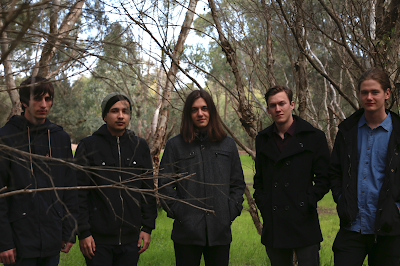 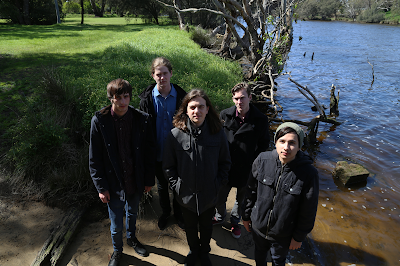