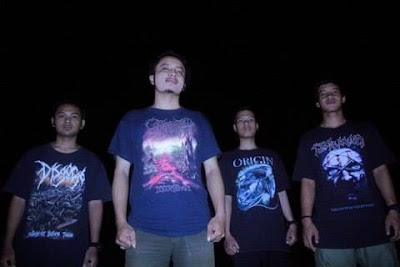 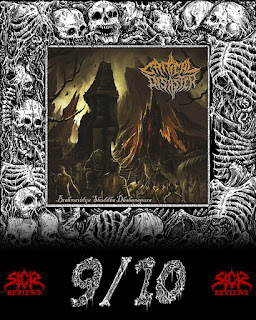 A cacophonic brutal f***ing apocalypse baptized Critical Disaster was born in Kediri, East Java for the second time to spread a destructive f***ing hymn of pure f***ing violence entitled "Brahmavidya Shuddha Dhahanapura" and this time sparing no f***ing soul with this infernal musickal machine of true f***ing devastation! This savage f***ing storm of relentless f***ing brutality is divided in 10 parts of murdering Brutal Death Fucking Metal including excellent guitar intro and outro from Innu Killharmonic and this f***ing demonstration of insanity is for the most totally f***ing successful by having a lot of crazy f***ing riffing, but we can also find much repetitive riffs in all songs and also much parts sounding very similar that can be also a positive aspect by making a stylized release with the same musickal feelings for the 34 killler f***ing minutes! "Brahmavidya Shuddha Dhahanapura" contains an oppressive and explosive f***ing atmosphere increasing the enjoyment of this second act of pure f***ing savagery coming to burn our f***ing spirit with its insane f***ing blasphemy! Critical Disaster is Arga (Vocals), Ilham (Guitars), Tanjung (Bass), Harispa (Drums) and the quartet commanding this uncontrollable f***ing beast is sharing a killer f***ing composition, perhaps repetitive as mentioned above, but in my opinion not taking off any pleasure from this shit by giving them a f***ing style and some shitty identity! The vocals of Arga is f***ing brutal but very redundant after a while by being very repetitive but still keeping an insane f***ing side; Ilham on guitars is performing mainly great f***ing riffs and sharing very rarely bad ones and knows how to create a catchy f***ing songwriting despite its chaotic hearing; also a great f***ing job from Tanjung on bass; and Harispa on drums is completely f***ing insane by sharing some extreme fast and non stop drumming increasing the brutal f***ing quality of this f***ing release! "Brahmavidya Shuddha Dhahanapura" is not a perfect album but having everything to break your f***ing bones by its relentless insanity having its own f***ing style but also including its part of catchy f***ing moments! The production is good but could have been way heavier with a better drums sound, mixing is also f***ing good but not perfect and it sounds a little bit chaotic but for this part increasing the ambiance and brutality shared by this f***ing shit! Despite a couple of obvious flaws, Critical Disaster is still offering a gigantic brutal blasting f***ing release recommended to each sick heads wishing to explore some f***ing blastality! Insane Fucking Piece of Relentless Brutality! 9/10. [This review was first published by Andrew Sick of Sick Reviews and is used here with his kind permission.] 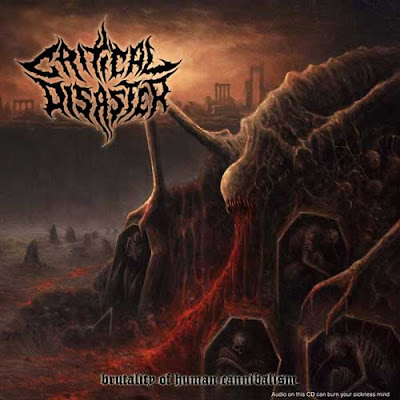