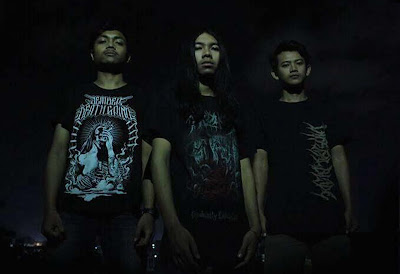 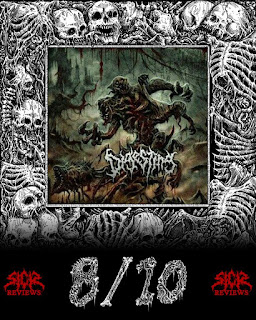 From Jember, East Java, a new abomination was born to unleash its f***ing anger baptized under the damned f***ing name Digesting and spreading chaos by launching a first self titled f***ing assault lasting around 6 f***ing minutes of total f***ing brutality! This insane bloodthirsty f***ing monster is performing a Brutal Death Fucking Metal having a big influence to the old skull brutality and we can also hear some old skull death metal vibes coming to give to this putrid f***ing shit some identity! The production of this demo is f***ing great and heavy as f*** but of course not perfect, a mixing well done and despite to have some flaws, the disk sounds like a massive f***ing ton of shit invading your f***ing ears during this sick f***ing experience and increasing the enjoyment of this f***ing shit! Digesting is offering a 2-song demo being excellent to all f***ing levels but of course including some f***ing parts a little bland and not reinventing the shitty genre by sharing a songwriting that perhaps lack a little of catchy f***ing parts making a release f***ing addictive and memorable! Bagus Rohmad (Vocals), Guruh Maulana (Guitars), Faizin Dian (Drums) are the trio consisting of this violent f***ing beast and surely not delivering a perfect composition but creating some great f***ing brutality with some excellent and crazy f***ing moments! Bagus is giving a great f***ing vocals and perhaps a little bit redundant after a while but not taking off the enjoyment of this f***ing shit, Guruh is performing only good f***ing riffing and missing maybe some catchy and outstanding parts but still knowing how to write some good f***ing brutal death metal and finally, Faizin on drums is f***ing great being varied and f***ing fast as f***! Digesting is giving a work missing some highlighting f***ing parts and originality but on the other side, they are still performing some great f***ing brutality with a chaotic f***ing atmosphere increasing the shitty quality of this f***ing shit and worth to be placed among the best of the shitty genre! A demo containing nothing new but recommended to all sick f***ing heads and impatiently waiting what Digested are preparing as second assault! Great Brutal Fucking Piece of Chaotic Fucking Brutality! 8/10. [This review was first published by Andrew Sick of Sick Reviews and is used here with his kind permission.] 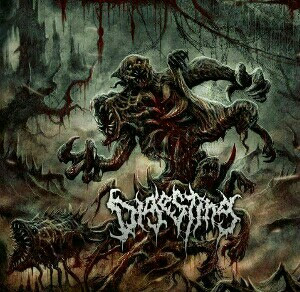