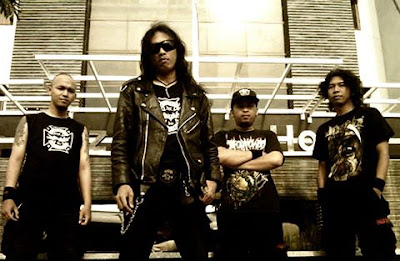 JIHAD, one of Indonesia’s most prominent Death Metal bands, have been around the traps and influencing Indonesian metal long before the word ‘Jihad’ gained worldwide recognition as being negatively connotative of extremist religious fanaticism. The current global climate has been, for many years now, trending towards “gimmick” music, wanna be one-hit-wonders, and soft-cock rock with a compliant audience being fed low-brow rubbish, saturated with false idols and talentless artists that fail to exhibit true musicianship. So when an album such as JIHAD’s ‘Origins of Rebels Angels’ comes a knocking you can well and truly say that the proverbial shit has hit the fan! And make no mistake – what you hear on the CD is the same awe inspiring, hellbent fury that JIHAD deliver on stage – no auto-tune, no lip sinking – just bona fide fucking metal!

Indonesia can no longer be considered the little leaguers in the International metal scene, with an increasing legion of albums being released from Indonesian bands. However, JIHAD consistently stand out from the crowd, with ‘Origins of Rebels Angels’ proving to be nothing short of a masterpiece and inarguably an album which EVERY Death Metal fan must possess! Above all, JIHAD’s music is unique. While most Death Metal bands rely on speed and technicality, to the point where every song from every band blurs into the same, mundane spiel, JIHAD’s ‘Origins of Rebels Angels’ offers a more conceptual approach, flaunting an amalgamation of Death Metal and Grind Core. The entire compilation of the album, inclusive of the artwork, is anecdotal of a hellish rebellion within an Arcadia, synonymous with a nonconformist fortitude.

Although Indonesia has in the last decade made larger their presence in the metal music scene, there have only been a handful of bands whom have broken free from the rabble, surpassing the mediocre to become Gods in their own right. JIHAD is one such band and ‘Origins of Rebels Angels’ is truly a testament to their formidable presence on the metal scene.

[By Jason Xenophobic and used here with his kind written permission.]

ORIGIN OF REBELS ANGELS – Out Now !

Quote by Kancil Jihad:
Today the majority of the non-muslims are afraid by hearing the words "JIHAD". Jihad is an Arabic word which comes from root Arabic word "JAHADA" which means "TO STRIVE" or "TO STRUGGLE" against evil and for justice! It does not mean killing innocents! 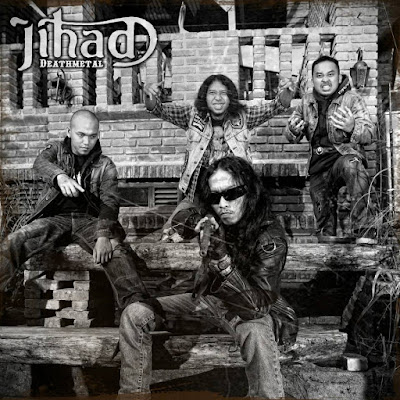 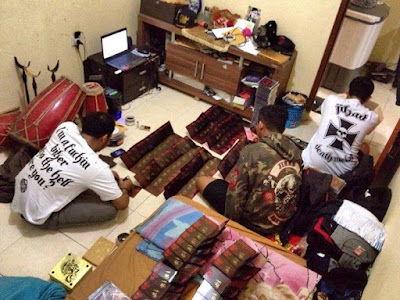 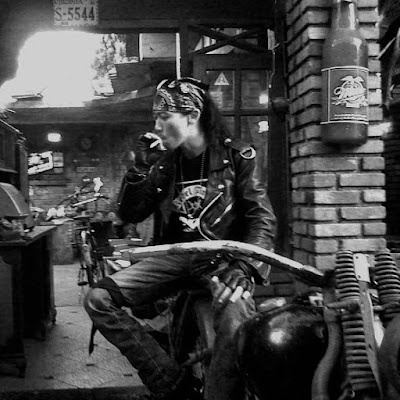 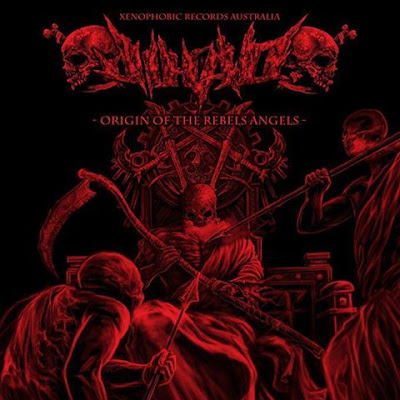 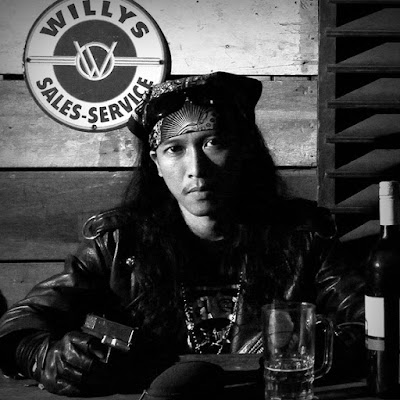 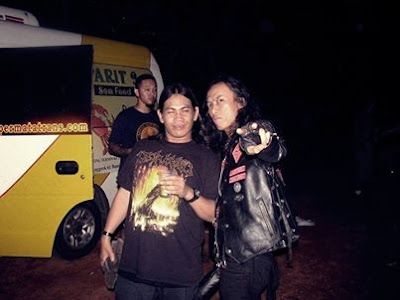