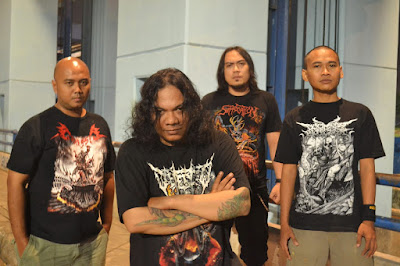 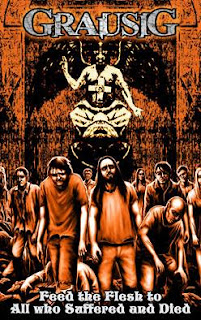 “On Wednesday 13 April, 2016 we, Grausig, received an invitation to attend the ‘technical meeting’ in the Hammersonic Office in order to discuss all matters relating directly to the technical set-up for the stage, event acts, equipment list, ID passes for band personnel and production teams, and the provision of fee deposits as to be received directly by Grausig’s manager. During the meeting it was conveyed that there would be two Drum-Set risers which would be available for use, free of charge, for all bands - including Grausig - playing on the Soul of Steel Stage.

On the day of Hammersonic, after unloading all the equipment, we made enquiries to the promoting team in regards to our setting up the Drum-Set on one of the nearby unused risers, as per our agreement at the aforementioned technical meeting. It was at this point that we were informed by the promoting team and the Soul of Steel Stage Floor Manager that Grausig were not permitted to use the riser as both risers were strictly reserved for exclusive use by the bands Burgerkill and Hellcrust. Despite there being five to six bands playing after Grausig’s scheduled set, and before Hellcrust and Burgerkill, and despite reminders of previous agreements between the band and the promoters, Grausig were prevented from using a riser. It was further asserted by the promoting team and the Floor Manager that only bands who had brand endorsements were permitted to use the risers, a fact that had not been discussed at the technical meeting and as such was not a part of the original agreement which ensured all bands on the Soul of Steel Stage usage of the risers.

As the terms of the agreement between Grausig and the promoters had been compromised, it was with much regret that Grausig cancelled their performance on the Soul of Steel Stage at Hammersonic 2016, returning the appearance fee to the promoters before leaving the venue.

Grausig does not intend this statement to discredit or marginalize certain parties involved, but hopes merely to provide clarification regarding the band’s decision to withdraw from the festival. Grausig would like to take this opportunity to thank all our friends and supporters who continue to stand by us, and to express our continuing support and respect for the operation of the Hammersonic Festival" [by GRAUSIG band, translation into English by Jason Xenophobic and Lauren Wilson, used here with kind permission].


Comment by Jason Xenophobic: "You can buy clones, and you can endorse and give awards and trophies to any clown Death metal band in Indonesia, but you will never buy or bargain GRAUSIG'S Principles and their Pride!

RESPECT IS EARNED, NOT BOUGHT OR GIVEN!"
[By Jason Xenophobic, XENOPHOBIC RECORDS, 20/4/2016, comment used with his permission]. 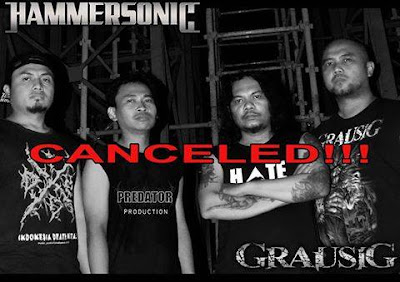 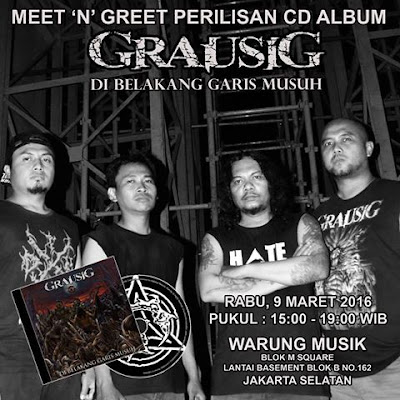 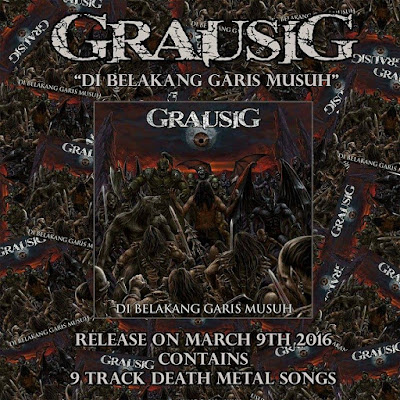