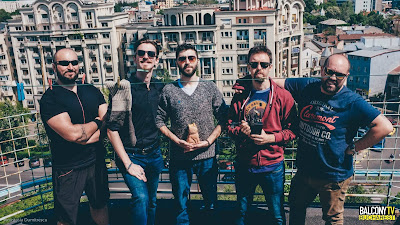 Kieran James1: Hi, can you tell me the early history from the formation of the band up to now?

WOOLDOZER band (Romania): Hello and thanks for the opportunity. The band came together as a natural transition from a previous project which was a bit more straight-up rock. We had some heavier songs that felt like they would benefit from a new musical identity. So that's what we did. We were an instrumental stoner rock band up until 2015, we sort of gave up trying to find a singer, but then Vladimir came out of nowhere in the summer of and he fit in like salt on steak.

KJ2: How is the response of people to your mini-albums / album / demos?
W: Well, in our country the album concept (even if it is an EP) is tragically overlooked. Individual songs have much more impact, especially if they are hosted on a well-known platform such as Youtube. Unfortunately, other outlets that are much better in presenting the band's identity and message, such as Bandcamp, are not so popular with the general public. For the moment we're trying to promote 2 of our songs from the album we're working on (Heavy Matter and No Snow For The Northern Man) because they are our first recorded tunes with Vladimir on vocals.
It's always great to see how people interpret our sound. The best feeling is when we play to audiences that have no clue who we are, and they like it & rock out with us.

KJ3: What are the most influential bands for you guys in playing music? Your take on southern / doom/ stoner rock is very impressive. I love that seven minute southern-ballad "no Snow for the Northern Man".
W: Thanks, man! We all obviously love the classics, there are so many amazing artists, we're not sure that we can pinpoint our influences and that's a good thing in my book. The more stuff you throw in the pot, the better the chance that you get something new. For the vocals, Vladimir is inspired by southern rock (Black Label Society, Down, Clutch, Monster Truck, Texas Hippie Coalition) + grunge (Stone Temple Pilots, Alice in Chains) + stoner/heavy rock (High on Fire, Red Fang, The Shrine, Rival Sons).

KJ4: What are your future plans for the band?
W: First off we have a whole bunch of songs that we want to properly record and send into the world. That's the number one priority. In general, to write & play music for as long as we can, as best as we can, to as many people as possible on this little blue planet. 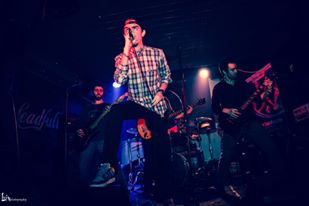 KJ5: Are the songs you create using English or foreign lyrics?
W: English, we want to reach people all over the world.

KJ7: Why do you all like to play old-school instead of deathcore or other modern styles?
W: As the saying goes, 'old school is the best school'. We don't dismiss modern styles of rock, but the 'old-school' will always have that magic, that pull of the inner strings. It seems to appeal to the soul more, for us. This whole sonic thing is about being moved, touched, being able to connect to other souls. And we sure hope we're touching all of you inside, forever.

KJ8: When did you first become fans of metal bands?
Vladimir: Around 9th or 10th grade because I first discovered alternative rock.
Ervin: I'd say somewhere between my dad playing lots of AC/DC on the stereo and getting my first CD - Metallica's Garage Inc. - when I was 8 or 9 years old.
A.Rona: 6th grade, when I first heard Metallica's Reload & Offspring's Americana.
Andrei G.: Summer of 9th grade when I borrowed these cassette tapes from a classmate: Kill 'em All, Ride the Lightning, Master of Puppets, ...And Justice for All, Appetite for Destruction, Use Your Illusion I, Use Your Illusion II and "The Spaghetti Incident?" 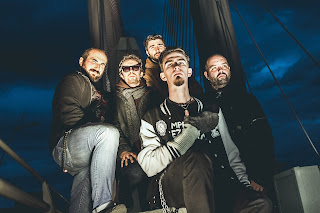 KJ9: What do you say to people who ask why you play western-style music?
W: 'West' has our initial in it, West side 4LYF

KJ10: Do the wives and girlfriends of the personnel support what you are doing?
W: Sure, we're constantly receiving marriage proposals from cute girls and divorced milfs everywhere we go.

KJ11: What are the best and worst things about the community in your city?
W: Best: The Romanian underground is small and the bands don't receive the support they deserve, but people are slowly understanding that it's important to come and see live shows and buy the albums & merch if you love a band, and not limit themselves to the internet experience. Worst: Corruption & disregard for anything else other than personal gain, but it's like that all over the world when it comes to little men being given power, right?

KJ12: What are your most memorable shows or experiences onstage?
W: Each show is memorable in its own way, but to name two: our last gig, the first acoustic we ever did, it was a benefit fund raiser for a friend and it felt great, and our first open-air festival at Wrongfest in 2015: we hadn't traveled abroad as a band up until then and it was a really satisfying experience.

KJ13: Have you got any message for the fans?
W: We know we're not really prolific publicly in regards to new material, it's a tough process especially when you lose a great drummer - Eusebiu, our former band-mate is moving out of the country with his family - but there is a lot of great stuff brewing and we can't wait to unleash it all upon you.

KJ15: The vocalist seems to have a good version of a southern American accent while singing. Is this something planned in order to make the southern stoner metal more effective or authentic?
Vladimir: My accent is influenced by the fact that I love and I mostly listen to American music, so i guess that's why I sing in this way. It somehow comes natural.

KJ16: I only heard two of your songs, are most of your songs like "No Snow" or like the other song?
W: The Other Song - yes, for all of you reading at home, that is our very bonus, hush-hush secret track we paid Michael Bolton to write for us. It's mostly a flute ballad played on 3 basses :))
But to answer, not really, they are pretty diverse, each having its own flavor, but it's bound to be an interesting arsenal of pure rock songs.

KJ17: What does it mean "No Snow for the Northern Man?" Logically in the northern part of the world northern men would get more snow than southern men?
Andrei G.: The whole song was written one winter when I was pretty bummed out that it didn't snow for the winter holidays up north in Romania, where I am from. It turned out to be this post-apocalyptic story: I am Legend meets Fallout meets Dopesmoker, where one lone traveler has been roaming the earth in search for signs of life after humanity has burned itself means peacefulness, since time immemorial it meant good crops and that everything is alright in the world. 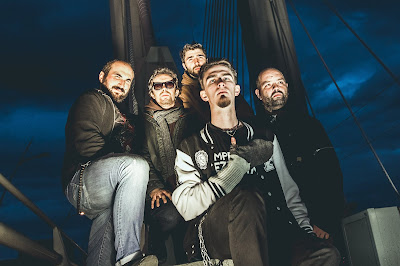 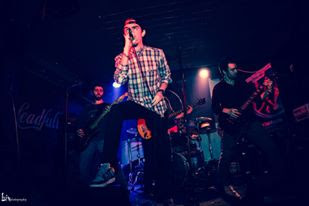