Kieran James: 1 First of all thanks very much for doing this interview for our site BUSUK WEBZINE. Can you first give us the history of the band and who is in the current line-up?

1. Mitchell Harland (drummer): No worries, it’s our pleasure. The band was formed in 2009, when we were still in high school. There were only two people to start off with, Damian Gillham (guitarist) and myself, (Mitchell Harland, drummer). We would practice in the music block at lunch times, just jamming out to riffs and putting them together to create songs. Since then the band has gone under quite a few line up changes. Sam Bendall (bass) joined in 2010, and Shane Kershaw (vocals) joined in 2011. This is now the current line up of As Oceans Die. 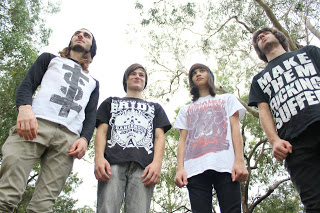 2 Can you give us some info about your EP just released such as when and where you recorded it?

2. We recorded our EP in the early months of 2012, at a privately owned studio in Toowoomba owned by Jeff Lester.

3 Can you tell us a little bit about your songwriting process?

3. Our song writing process for the EP was fairly simple. Damian and I worked on the main guitar parts, and everyone else just wrote their own parts according to what instruments they played. Only recently has our songwriting process changed.

4 What genre label did you give your band and who are your main influences?

4. We honestly don’t know what genre we would label ourselves as. When we write our songs we don’t write them to specifically fit a certain genre. I think the closest thing you could label us to would be Deathcore. Some of the bands that influence us are bands like The Red Shore, Thy Art Is Murder, Suicide Silence, Make Them Suffer, Parkway Drive, and I Killed the Prom Queen. There are many more but these are just the first few that come to mind.

5 What are your plans and goals for the band?

5. Our plans and goals for the future...I think the main goal for everyone in the band is to someday be able to have the band as our day job, to be able to tour and play shows almost every day, and see the world. Other than that, a couple would be to expand our fan base and to record a full length or another EP.

6 At the METAL FEVER gig, ZENITH played some great covers of traditional 1980s metal. Your sound is very different and modern. What do you think of traditional 80s metal?

6. We love the traditional 80’s metal. A few of us are huge fans of bands like Metallica, Iron Maiden, and Black Sabbath. Those early metal bands have inspired and influenced a majority of the big bands today. 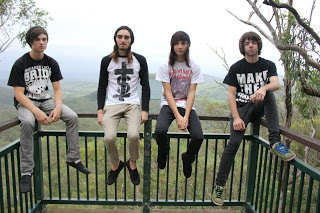 7 What do you think of touring Indonesia in future and have you got any favourite Indonesian bands?

7. We would love to tour Indonesia, or anywhere really, but yes, it sounds like it would be an amazing experience for the band and we are all really keen to do it. Personally, I don’t know any Indonesian bands but it will be something I will have to look into more.

8 Why do you enjoy playing metal / metalcore music?

8. We all love playing the music we do because of the meaning and the energy behind the music. Metal has played a big part of all of our lives, helping us through tough times, etc. Just being up onstage and playing to a live audience is the greatest feeling, your body is filled with energy and adrenalin. It is truly something to live for.

9 What are some of your favourite Toowoomba metal bands (any genre)?

9. Our favourite Toowoomba bands would have to be Revelations and Because of Tomorrow. These guys are great friends of ours and have always supported us and provided us with many opportunities to play shows. Props to Because of Tomorrow for giving us our first gig.

10 With your band name I expected some environmentalist black metal or power metal band. Do you think your name has a bad match for your lyrics which are about honor, pride, honesty, and revenge? 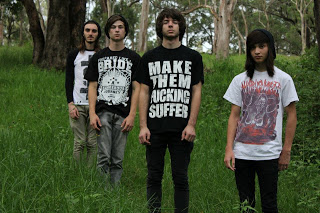 10. Honestly our name doesn’t really mean anything or relate to any of our songs. Damo and I came up with the name in a Grade 10 science lesson and thought it sounded cool. It has stuck ever since. There has been times when we have passed around the idea of a name change to something like, ‘Collisions’ or ‘The Acai’ but our old faithful name always pulled through in the end.

11 Any possibility of experimenting with different sound, vocals or lyrics in future?

11. Yes, every time we write new songs, we always experiment with different sounds and vocal techniques and whatnot.

Lastly I think your METAL FEVER gig was fantastic. One of your band member's father is a taxi driver and he told me about your band once while in the cab. Send him my metal blessings!
Thank you.

Thank you very much, and thanks for putting us on your blog. Yes, that seems a very good way to get our name out there! 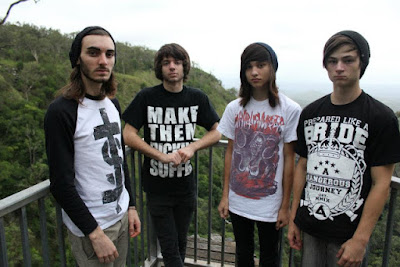 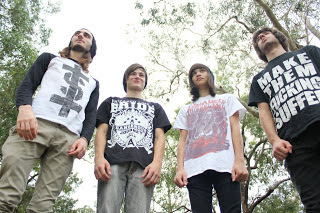 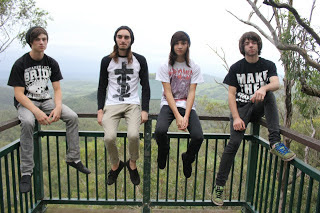 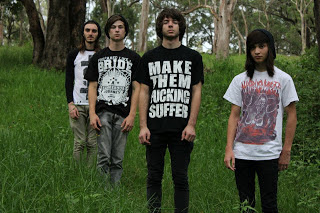