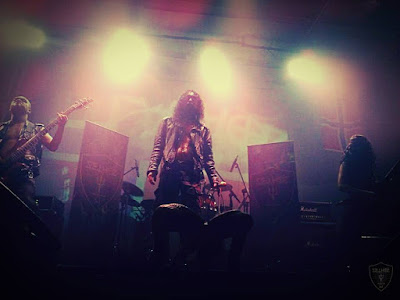 Kieran James: Please give us the background about the band…

Maggot (bass): It’s almost coincidence that Daevas and I had the same interest in Black Metal. After chatting a lot, we decided to make a band.

Popo Demons Damn: Is it a band or a project?

Maggot: It’s a band I think. At the first time, we had a full line-up with two guitarists and one drummer but sadly they had heavy working schedules so they could not continue on with the band.

KJ: What year did the band form?

KJ: What was the original line-up?

KJ: What happened after that?

Maggot: The other members had heavy working schedules. So they could not keep up with the band schedule; sadly they had to leave the band.

Daevas: And the guitarist and drummer got married too.

Maggot: Faiz is from Stigmatuary; Wawan is from Gore Infamous; and Aep is from Bloodgush.

KJ: What is the meaning of the band name?

Daevas: Sethos means Destruction in Ancient Egypt, commonly it is known as Seth or Sethos.

KJ: What sort of Black Metal do you want to play?

Maggot: The style we play dies not focus only on one style.

KJ: Can we call it black’n’roll?

Maggot: You can call it anything you want but I don’t know if it is black’n’roll. 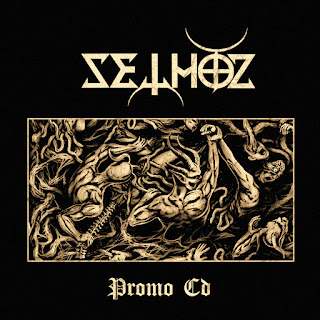 Maggot: We don’t want to be held to one style. We want to explore as much as we can.

KJ: But you want to make it with good production?

Maggot: Yes, I always wanted to make it with good production.

Maggot: We didn’t have the money for the good production.

Daevas: I recorded the vocals in a real bunker.

KJ: Do you want people to hear the first promo?

Maggot: Yes, we shared it and made 24 copies; someone else shared it on YouTube. The first promo just had one song, “Invisible Divinity”. For the second promo, we shared all three songs on bandcamp and the promo song #1 “Defying Unworthy Deity”.

KJ: What is the line-up for the second promo?

KJ: Did you get a reaction from the Bandung Black Metal Community?

Daevas: Yes, they are shocked because we are Death Metal musicians.

Maggot: They knew we liked Black Metal songs but they did not know we would form a Black Metal band.

KJ: How was the reaction from the Black Metal community?

Maggot: Mostly good, I don’t find any bad reaction from the Black Metal community in Indonesia; they are very supportive to us.

Daevas: We had invitations to play in other scenes.

Maggot: Sadly we cannot come as we had to play at Rebel Camp. We got an invitation for Grind Fest from Butche (on Saturday 12 May 2018).

KJ: Any invitations from East Java?

Maggot: No, but we got invitation from Bali. We cancelled the Bali gigs as we didn’t have any members to play with us. Also we had to prepare the new material.

KJ: Are you happy with the sound of the songs on the second promo?

Maggot: Yes, we are very happy; it is near to what we expected it to be.

Maggot: Thanks to Fakhri Ismail for doing the mixing and mastering for the promo. It was in Fakhri’s room but he calls it Black Metal Studio.

KJ: What are the future plans?

Maggot: We are still looking for a label to release our material. We have a dream to play at Under the Black Sun Fest in Germany (in the forest, near the lake).

KJ: Have you played a live show?

KJ: So you want to keep this band in the long run?

Maggot: Yes, of course; we have many plans in our mind for this band. 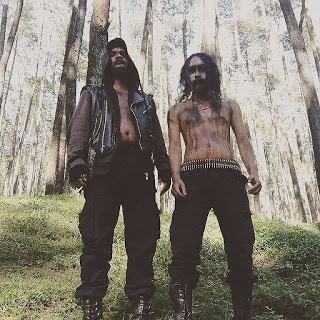 KJ: Any other plans?

Maggot: Still a plan but I think we must be doing it. A lot of our friends in orchestra are ready to help us.

KJ: When you played live shows, did you use corpse paint?

Daevas: Yes, we want to be spontaneously theatrical.

Maggot: Daevas and I have already been in that scene for a while although we are not community members; we are Death Metal community friends who come to Black Metal community; they welcome us and said, I quote: “We are very proud of what [Bandung] Death Metal music can achieve”. Many Death Metal bands went to outside of Indonesia. We really feel welcomed by the scene but we are not members of the scene. We are trying to be ourselves. Each community has unwritten rules; we don’t want to break the rules so we don’t want to join them. I’m working with the Black Metal band Hellgods as head crew; it’s still fine with them. We take the spirit of Black Metal, the spirit of resistance and Do it by yourself.

Popo: Everyone in the music industry they are actors. I told you seven years ago, Kieran, I had an alter-ego; it is different me on-stage from off-stage.

KJ: Do you think Black Metal is just music?

Maggot: For me personally no, but the music is the most important thing. Apart from the music, there is spirit of resistance and rebellion. It has similar connections and ethos as punk. In Indonesia, in our culture, we mostly just take the music and not lifestyle. We might also take the fashion.

KJ: What are the lyrics topics for Sethos?

Maggot: Some parts of the lyrics are from mythology; some parts are from real-life. 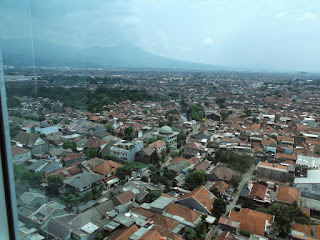 KJ: What language are the lyrics?

Daevas: No, not really.

KJ: When you go on-stage with the corpse paint, what is your feeling?

Maggot: We feel like we are completely different characters.

Maggot: The clothing and corpse paint help us to reveal our alter-egos, the devilish egos. Sethos’ members are all Muslims but, if you don’t know us and you read the lyrics, it is kind of satanic stuff.

KJ: If Sethos becomes big, will you forget about your Death Metal bands?

Bobby Rock (Turbidity vocalist) (interpretation by Popo): You are making the album; what do you prefer, local record label or outside label?

Daevas: Local, because it can better introduce us to Indonesian audience.

Maggot: For me it does not really matter because, from the selling viewpoint, it is the same. We live in a global world with internet. I look for a label which can introduce our band best. It does not matter whether local or international label as music is the international language.

KJ: Message for your supporters?

Maggot: We will fuck with all of you! 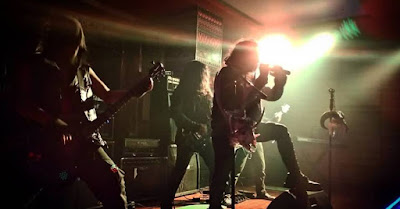 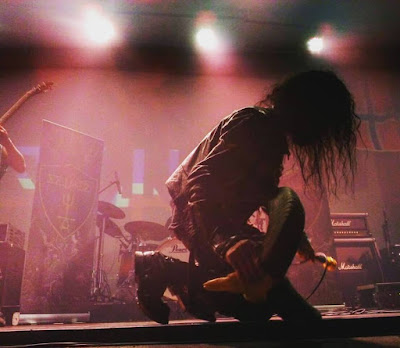 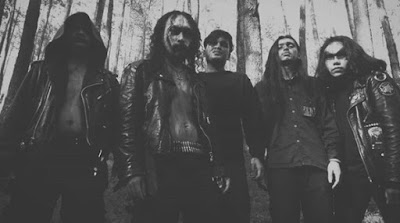 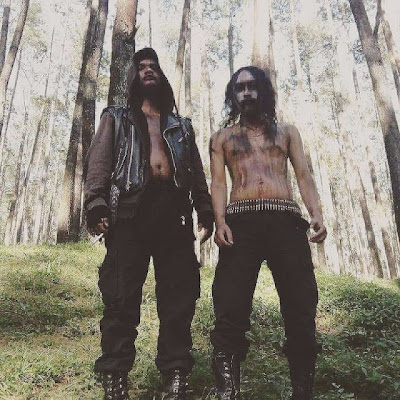 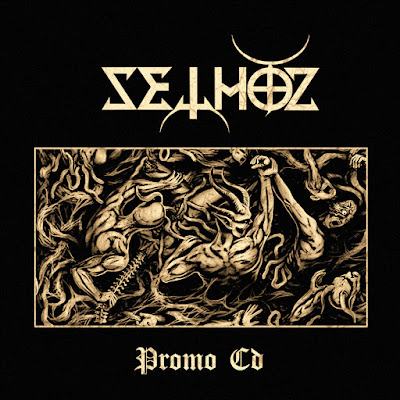