NEW INTERVIEW: Our first interview with Maya from Mortality (Bandung Black/Death Metal), 16 May 2019. 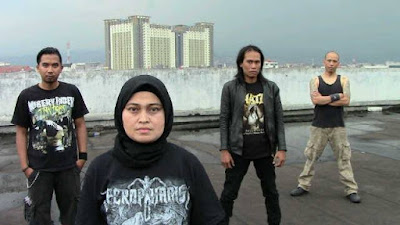 Our first interview with MORTALITY

Popo Demons Damn: Tell us about the process for the new album.

Maya (guitarist): We started the process for this album in 2016. We had a break for a year (2017) because I was pregnant. And then we continued in 2018. At 2019 we finished the album and released it on 30 April. At the end of last year we had finished the album but we still had not signed with any record label. We were still selecting a label to sign with.

In January 2019 we signed with Sadist Records from Bali and Yogya. This album has nine songs. Two of the songs are remix songs from the first album.

Kieran James: Why did you do remix songs from the first album?

Maya: We changed the sound style and the guitar section. We tried to change it to the New Mortality style. The band makes New Mortality with a style which is more Black/Death. We call it Black/Death  but the reviews from friends and buyers call it “Death Metal with scream vocals.” The vocal style sounds more Black Metal but the music sounds more Death Metal. The people call it the New Mortality because it sounds very different to the Mortality of before - before it was Black Metal. Some websites said the same thing. The songs sound more like DM than BM. People feel that it is very different to Mortality before.

Popo Demons Damn: I knew Mortality since I was in high-school. Sometimes they used blood in the stage. I thought that this was interesting stage-act. Now we can’t find any BM band which does this at the show. What do you think, should BM bands do blood shower on-stage?

Maya: We don’t use blood now because, since 2005 until 2013, we were inactive. Then the drummer Andriz and I joined and the stage-act changed. We make a new vision and concept now for the music and the stage-act. For the album, we really changed the concept to being New Mortality.

KJ: Are you happy with the sound of the album and the packaging?

Maya: We are very satisfied with the sound and the packaging for the album. After 15 years we finally released the second album. It took four years between starting work and releasing of the album.

KJ: How was it like to record with this record company?

Maya: The record label is doing a good job. They are promoting the album very well. We feel happy and satisfied that we signed with this label.

KJ: Is there any tour coming up?

Maya: We have a plan to do the tour. We are still discussing with the record label. The next plan is to make the video-clip first. Then we will focus on arranging the tour.

KJ: Who made the design for the CD packaging?

Biye (bass): Rudi Gorging Suicide, he lives in Central Java. For this album, we have two guest vocalists, Glenn and Robi (Ensemble Tikoro). Glenn is guest-vocalist on the song “Us of War”. 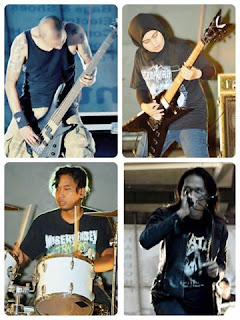 Bobby Rock (Turbidity vocalist): Why do you use Murka Dosa as the title of the album? [Note: Very angry = murka, sin = dosa, wrath = murka.]

Maya: This lyric for this album represents what we feel at this moment [summary = rangkuman].

KJ: What are you angry towards?

KJ: The song “Zionist” is about anti-Zionist, yes?

Bobby: Was there any offer from any other record label?

KJ: How many copies did they make?

KJ: What does your 12-year-old daughter think about Mother and Father playing in Heavy Metal band?

Maya: They understand it because we always bring them to the gigs since they were children. I have taken the second (son) and the third (daughter) since they were in my belly.

KJ: Does your oldest daughter have any favourite metal band? 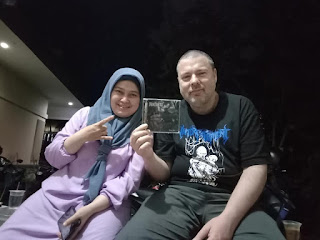 Maya: She more loves classic music, she likes to play piano. The second child, the son, likes the metal. He loves Mortality.

Maya: Keep the spirit to make the new creation.

Maya: Don’t make a wall to creating music. Although we are being a mother, don’t stop to create. But family is still priority. Don’t forget to buy our CD and T-shirt. 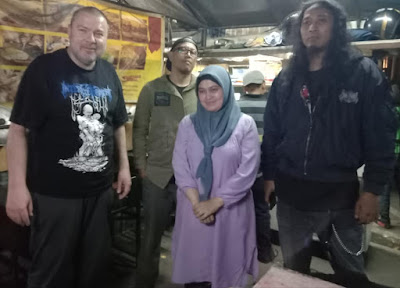 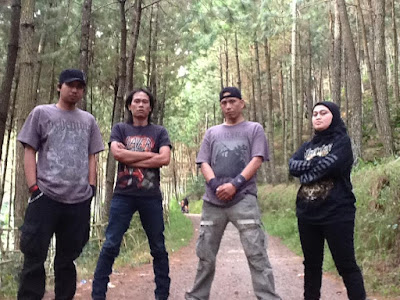 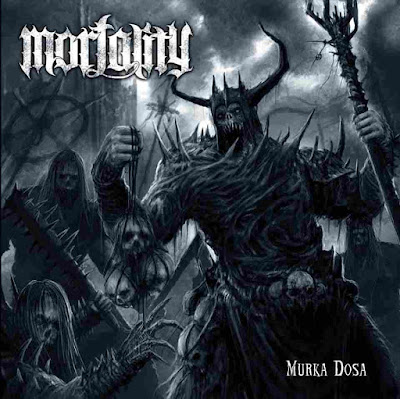