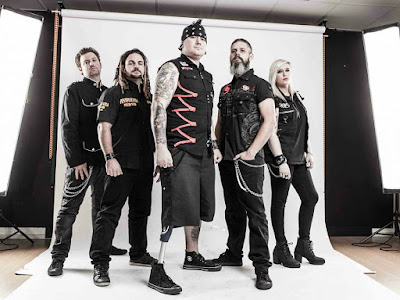 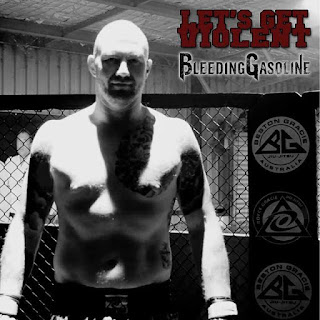 With a new line up, new attitude and with renewed energy, BG have released a really great single in Lets Get Violent, this single is faster and heavier then any of their previous material.

BG have gone for more of a metal feel for their new music and a lot of this has to do with the new line up and their new attitude towards producing great music.

In BG’s own words, Bleeding Gasoline is all about big riffs and heavy tunes. 5 people creating music they enjoy, not writing for anyone else but themselves.

Let’s get violent kicks straight into it, no mucking around here with the new sound and attitude and it shows on this single, the new members fit into BG like they have been playing together for years. I really like the drumming on this single as with the bass and the guitars. Jason’s vocals are a lot heavier and in certain sections they are brutal. I can see these guys moving forward in a big way and they are only going to get better as time goes by. There is so much to like about this single, it has a great beat and sound to it and it goes for around 5 minutes. If someone asked me if I could find any faults with LGV I would have to say no.

BG single Let’s get violent is a like fresh air, you can’t get enough of it, they have even sold out of the physical copies of the single which goes to show just how amazing their whole new sound, attitude and the direction BG are taking.

BG will be bringing out another new single on the 15 October called Remove The Heart, and from what I have, it will be even more amazing then Let’s get violent.

BG will be doing a tour called The Heart Must Not Die, the first show is support for HED p.e and Snot. Just below are the dates and venues.

Vocalist Jason has come a long way over the last 15 months, with a serious operation and the sadness of having the loss of his right leg and then the birth of his first child not long after. Jason is nothing short of inspirational and I am very grateful of knowing such an amazing guy as I am sure everyone else is.

We here at Busuk Chronicle Webzine would like to wish Jason and the guys in BG all the best.