Kieran James (Busuk Webzine): How is the plan for the new album?

Papap (DISMEMBERMENT TORTURE): We plan to have an EP of four songs. It should be released next year 2015. It will have two bonus tracks live. One song is from the first EP and one song is from the promo. For the two old songs they are live recordings. There will be two new songs. 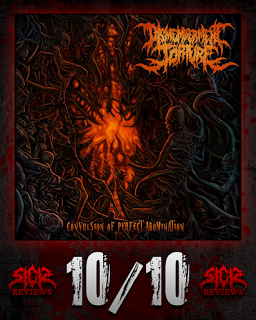 KJ: Do you have any song or album titles yet?

P: The title will be “Convulsion of Perfect Abomination”.

KJ: Is there any change to the music style?

P: There is no change; it is the same as with the promo. On 4 January 2015 there is a gig organized by Groupies Merch label called Groupies Death Fest. DT will perform at that gig. We will play with a new guitarist, additional. Dedra has an appointment. So we decided to use an additional guitarist, Egie Devoid from Gore Infamous.

KJ: Are you happy with the progress of the band so far?

P: For DT we have a different style. The music concept came from me. I make solo drum to build the song first. Then the guitarist, bassist, and vocalist all follow the drums. In the band all of the members are additional [guest members].

KJ: It is your solo band?

P: Yes [laughs]. This band is a result from my experiment. Every song is created by starting with the solo drums. Sometimes DT does a practice and don’t need anybody – only me. To prepare for a performance it is just me.

KJ: Is the line-up the same as for the EP?

P: Yes. But in the new album I will invite anyone who wants to play with the band. The members may change but I’m not sure yet.

P: Yes, Glenn is passive at this stage and with his personality. The interaction with the audience is important.

KJ: Do you think you helped Glenn to become more confident on the stage?

KJ: Does anyone ask you to play Jasad songs on the stage?

P: Yes, we start to play some Jasad songs on the stage. Some people in person do ask me to play Jasad songs. These requests are from friends and fans and those from other countries. I am confused as to how to reply to them. 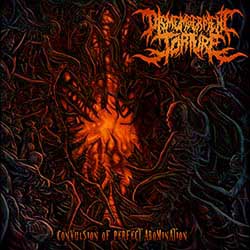 KJ: Do you want to make any comment on Rebirth of Jatisunda album?

P: I’m confused as to how to answer. I am afraid to give a wrong answer.

KJ: Any comment about Abaz’s drumming on that album?

KJ: Why does Glenn not leave Bloodgush to focus on DT because Bloodgush does not seem to have much potential to rise up any further?

P: Glenn is staying with Bloodgush as it is understood he would keep going with his original band. Our EP has now finished recording. We are waiting to copy the cover for CD. After all the copies of the EP are finished we will be releasing it. DT is being released by my own Pieces Records. Pieces also released Undergod’s first album, Bleeding Corpse first record Resurrection of Murder, and the Panceg Dina Galur compilation.

KJ: Do you want to comment on the change in vocalist for Bleeding Corpse?

P: I more love the first album. Then about the singer it is the same comment.

Popo Demons Damn: And the singer is who?

[All smiling because Bobby Rock, the first vocalist for Bleeding Corpse, was there with us]

KJ: How is your relationship with the Jasad members?

P: It’s still good, no problem, just enjoy life. The important thing is that I play the music I like.

KJ: Jasad changed their lyric and style. Maybe DT has the old Jasad spirit more than Jasad does. What do you think?

P: That is some people’s opinion. However, my intention is not to create any new Jasad. I do keep the gore and the bleeding lyrics whereas Jasad has changed their lyrics. Many people do think I take on the old Jasad spirit but I never really planned this.

Bobby Rock (Hydro): There is a plan to play any songs such as dangdut or pop?

P: Maybe someday it will happen I might play HM or BM. I still don’t know.

KJ: When the positions in DT become vacant what do you think of Bobby joining the band?

P: We never know. We still don’t have a plan.

KJ: I want to ask Papap’s wife Amel whether Papap is happier in Jasad or now in DT?

Amel (Papap’s wife from Malang): Jasad have everything but I think if I must choose it is better that he stays with DT.

KJ: Are you surprised that DT rises up so fast to play up near the top of the bands?

Amel (Papap’s wife from Malang): No, I’m not surprised.

Popo: Amel learned Sundanese when she got married to Papap; she is a Javanese hot chick.

Bobby Rock: For the EP or next album was any foreign record label interested in the album? Or will you stay with Pieces Records only?

Papap: I hope some record label from the outside can release this album. But I hope that they can give Pieces Records the right to release in Indonesia. This has become common practice.

KJ: What are your favourite five Indonesian death-metal albums? 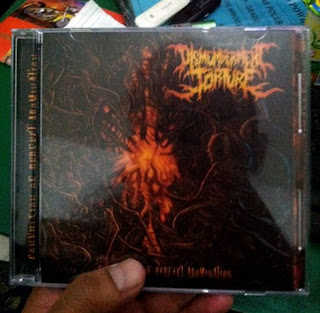 KJ: When Jasad turned to sing about Sundanese culture in the lyrics do you think this is sincere or they just want to have a new and clean image?

P: When I played in Jasad I just contributed to the musical material only. I didn’t care about the lyrics then. The same applies today. I only think about making music in terms of instruments only. I never know or care about lyrics.

KJ: Who writes the lyrics for DT?

KJ: So you don’t care about the lyrics, whether they are Sunda lyrics or about gore?

P: No, I don’t care. Even in the past I did not know or care about Jasad lyrics. The same applies today.

KJ: What would you think if there are women musicians in DT?

P: It is impossible. 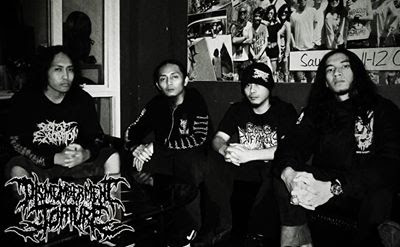