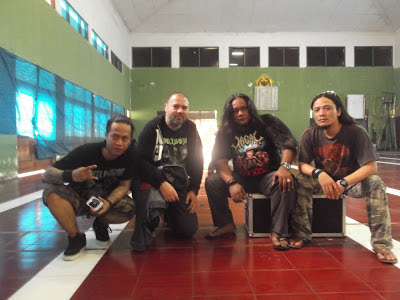 Kieran James (Busuk Chronicles): Why did Fauzan leave the band?

Endro Wibowo (JAGAL): He wanted to continue his study because he got a scholarship to study in an overseas country.

KJ: But now he is back in Surabaya and joined Osiris...

EW: After his decision to study overseas was cancelled we already had a new vocalist. That is the truth. So he could not join with Jagal again.

KJ: So he wanted to rejoin Jagal?

EW: Yes, after the decision to cancel the scholarship was made.

KJ: It seems like Jagal is the Vital Remains of Indonesia because every album has a new vocalist. Do you hope that the new vocalist Yayan can stay longer?

KJ: What is the vocalist for Dangerous Toys album doing now? I have got that CD and I think he was a really good vocalist.

EW: Nando must continue his family business. Now he has a home-industry project to produce shoes. His company endorses Jagal. Up until now Nando and Jagal still have a good relationship. Sometimes if we have a show in the nearby cities of Surabaya or Sidoarjo we will keep on touring with Nando. Nando is always family with Jagal.

KJ: How is the plan for the new album and will there be any change of style?

EW: We have a plan to release an EP in 2015. The music concept is still the same – brutal death-metal. We aim to mature in our music. We are not only doing fast music. We have a plan for EP launching. We will collaborate with our ex-members.

KJ: Who is the writer for the lyrics?

EW: Me and the vocalist.

KJ: In Dangerous Toys the lyrics are about struggle and not gore. Will this still be the same?

EW: Our future plan will not change the lyrical themes – still about social critique, struggle, and real-life.

KJ: In Dangerous Toys two songs were in English. How about the new album?

EW: In the new album after Dangerous Toys called Among the Massacre we still had the same lyrical themes and language. It was a mix of English and Indonesian but most lyrics were in Indonesian. This time one song will have different lyrical themes from the rest (“Diabetic Gnaw”). This song is telling about the dangers of diabetic disease. I was inspired by our old friend who died of diabetic disease. Diabetes is killing you very slowly. It is really like a torture for human beings.

KJ: What do you think of the metal scene in Surabaya?

KJ: Do you think old-school death-metal is still popular in Surabaya or the trendy bands are coming up fast?

EW: It’s a good band, old-school death-metal; newcomers but they have a lot of potential. I hope that they can survive for a long, long time. 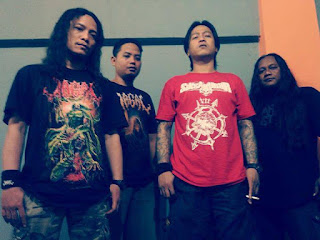 KJ: What is your comment about Tenggorokan from Kediri?

EW: One of the oldest death-metal bands in Kediri.

KJ: What is your comment about Bleeding Corpse from Bandung?

EW: The same as with Tenggorokan, they are one of the oldest DM bands in Bandung. I think DM in Bandung is re-generation from Jasad; all are based on the influence from Jasad.

EW: Maybe one of the different bands in Bandung. They are not the same as all the others. They are more technical and it has a more European style. The DM in Bandung mostly plays Florida style.

EW: The comment is similar as with Bleeding Corpse. They are just like a re-generation of Jasad. In Surabaya we have newcomers. The band Dante Must Die is getting dangerous.

KJ: Why do you choose to play death-metal instead of another genre?

EW: I have more freedom to express myself through the music. The music has no boundaries.

Dimas Bramantyo (Valerian guitarist): Sometimes bands in Surabaya get less attention than bands from West Java. One of our best bands is Devadata. They played at Hammersonic but they played in the middle of the afternoon and evening. However, Ujung Berung bands play in the evenings. Why do you think this happens?

EW: From the viewpoint of a musician my opinion is that Surabaya has much more potential. It may well have better bands than Jakarta or West Java. However, from the viewpoint of community, people look to see which area they come from. In Surabaya if we make some gigs the headliner will often come from Bandung or West Java. This mistake came right from the beginning of the new era. The Bandung attitude of putting their own bands first must come to Surabaya too. This is the mistake we made right from the beginning. When a band makes an album launching and they don’t play at the top of the line-up that’s ridiculous. The band does not have the self-confidence. 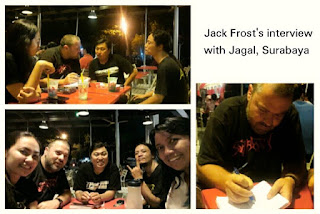 KJ: Bandung has the self-confidence because they see it as defending Sunda culture. Do you agree?

EW: Maybe it’s not like that. In Bandung they think that the bands from their area are better than outside bands. Jagal’s favourite band is Death Vomit. They truly are the DM underground. From five members now until three members they are still solid. The difficulty is to have the solidarity of the band in a situation like this. Even though Jasad fired their drummer [Papap] and changed to a new drummer [Abaz] but he has much better skills. If Valerian or Jagal wants to play at Ujung Berung maybe they [event organisers] will think twice and close up. Even a band from Jakarta finds it hard to play in Bandung although you know Jakarta is not far from Bandung.

Dimas Valerian: I think Surabaya is better than Bandung. Why? Because we have many bands and many genes but Bandung is 90% death-metal.

KJ: What are your five favourite Indonesian death-metal albums?

KJ: Wow, none from Bandung in your Top 5!

KJ: How long do you think Jagal will continue or will it continue forever?

EW: As long as I can play guitar I will continue Jagal forever. I hope that we can have Indonesian Death Metal Fest somewhere in Indonesia.

Dimas Valerian: What do you think about the progress of re-generation in your scene and why?

EW: For nowadays the re-generation is much slower. As I told you at the start of the interview many young people have different goals. For example, to get famous or just to get metal chicks. This is why the re-generation process is slow. 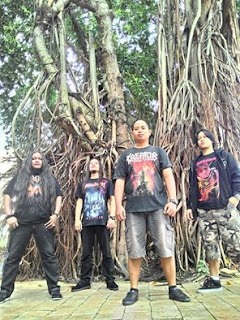 Dimas Valerian: It’s the same with black-metal but not with power-metal.

Dimas Valerian: What is your most memorable gig and why?

EW: Playing with Misery Index. We felt very proud. We usually play without nerves as we have a lot of stage experience. However, that time we felt nervous just like we were a new band. Our other legendary gig was Monster of Legend at Bulungan, Jakarta. At this event for the whole day the audience was very enthusiastic from the start until the end. They only sat during the break and after that they moshpitted again. The venue will be closed by the government and so the next Monster of Legend will be the last one.

KJ: Are you happy with the new vocalist’s stage performance?

EW: From the band’s side I am never satisfied with my band because we always must learn to be better and better again.

KJ: What did you think of the band and the crowd yesterday at Jombang Metal Blast?

EW: It was good. The audience was good. We were a little disappointed about the gig. We were scheduled to play from 7-8pm but we only played 30 minutes and we played just five songs instead of the eight songs that we were meant to play.

Dimas Valerian: I think five or ten bands at one time is enough but the tradition in East Java is for 30-40 bands.

KJ: I see the fans in Jombang are too shy to speak to the band.

EW: Yes, but this age of social media. We got some messages in our in-box after the show.

KJ: Was the album name Dangerous Toys a reference to the heavy-metal band with the same name?

EW: The meaning of “dangerous toys” is soldiers who use their weapons to play. I know about the heavy-metal band called Dangerous Toys but the name is not based on that.

KJ: What is your message to the supporters of Jagal? 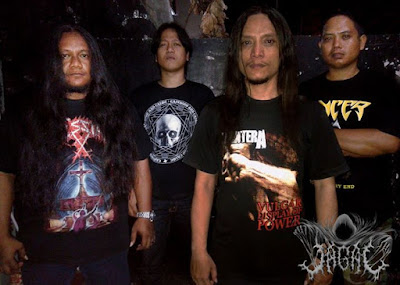 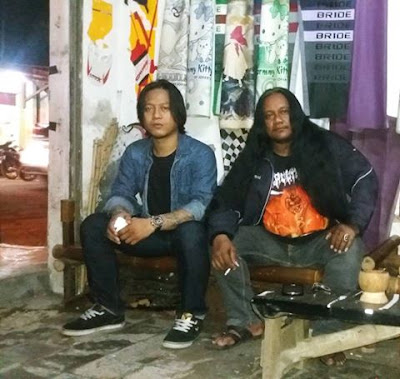 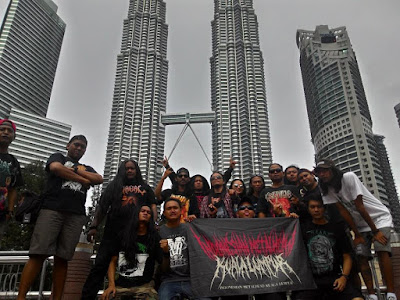 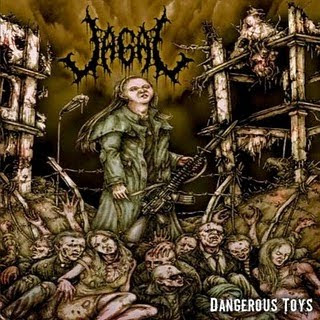 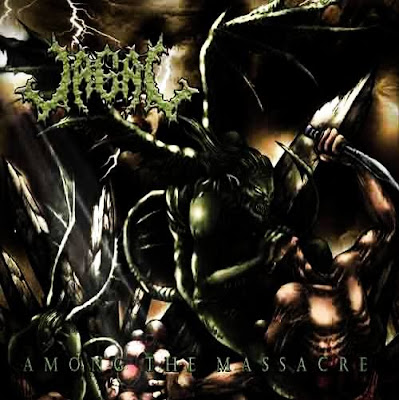