NEW INTERVIEW: Our interview with AGAINST EVIL (Indian Metal from Visakhapatnam, Andhra Pradesh) 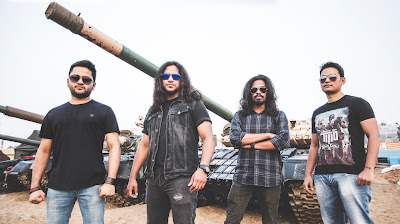 Kieran James1:  Please tell us the band history and the line-up changes up until today.
Shasank Venkat (lead guitarist)1.) It all started back in 2009 when Siri (vocals / bass), Sravan (vocals / rhythm guitar) and myself Shasank (lead guitar) got together and formed a hard rock / metal cover band called Echo. We played a lot of gigs around the country but we never got a chance to write and play our own music since it was a cover band. In 2014, we decided to form another band dedicated to playing our own music. Noble John (Drums) joined us as the drummer and that's how Against Evil happened. 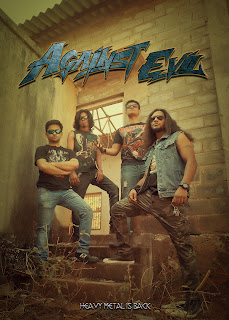 2 How has response been to the Against Evil EP? What countries or regions have you had the most impact?
2.) The response to our debut EP "Fatal Assault" has been amazing! Most of the critical acclaim came from parts of Europe and India.

4 Why did you call the band Against Evil? Is there a Christian or religious aspect? Or is it a response to the evil image so often seen in metal (especially black-metal) which a lot of people are sick and tired of in the face of the real evil we see in the world today?
4.) No reason really. We have nothing to do with religion or the evil in the world. We chose that name only because it sounded cool.


5 Why do you choose traditional heavy-metal instead of more modern styles such as death-metal, black-metal, metalcore, and deathcore?
5.) Honestly, we didn't choose anything. We just picked up our instruments and jammed. The end result turned out to be Heavy metal which is not surprising because our main influences are heavy metal bands from the 80's and the music you make is obviously a reflection of the music you listen to and take inspiration from to an extent.

6 Tell us more about the metal scene in India such as what cities have the best scenes and whether some metal sub-genres are stronger in one place and other sub-genres in others. For example, in Indonesia Bandung has brutal death-metal bands mostly in the Disgorge / Suffocation style, Surabaya is home to power-metal and black-metal while Kediri has technical death-metal and black-metal.
6.) The metal scene in India is pretty weak compared to countries like Europe, USA etc. But that's expected since most of us were only exposed to metal music in the late 90's. But the scene has increased considerably over the last few years thanks to a bunch of kickass metal bands who are keeping the scene alive. In my opinion, Mumbai is known for its extreme metal scene, Bangalore and Kolkata are known for their Heavy Metal scene and Kerala for its Thrash metal scene.


7 How is the response of the normal non-metal crowd in India to metalheads? Do people know what it is about?
7.) Most of them don't understand it since Metal is more of a culture than a form of music. Some of them enjoy it when they are drunk though!!

8 What are your comments about the power-metal bands I sent you from Indonesia, Valerian from Surabaya and Umbra Mortis from Jakarta?
8.) I think they are great! Totally the kind of music I love!

9 What are the future plans for the band and future dreams (dreams being maybe more hard to reach than goals)?
9.) To play more shows here in India and also promote our album internationally. Future dream would be to establish an international fan base and play some shows, festivals abroad.


10 Choose your favourite and explain why. Judas Priest or Iron Maiden?
10.) Judas Priest and it's really hard to explain in words why. I really like Maiden too but its something about the "Judas Priest style Heavy Metal" that got me hooked! 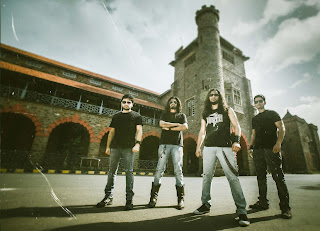 13 Helloween Kiske era versus Deris era?
13.) Haven't heard much of Helloween to have a preference!

14 Breaking the Law or Living After Midnight?
14.) The entire British Steel album!!!

15 Lastly have you got any message for your supporters and people who haven't heard your music?
15.) Firstly, thanks to everyone who has supported us by buying our album and coming to our shows. It really means a lot to us! For those of you who haven't heard our music, please do so cause I'm sure you'll like it. Everybody likes good old Heavy Metal!! Cheers!!!

Between the Hammer and the Anvil (Judas Priest cover):
https://www.youtube.com/watch?v=MTeNPJQSSvk 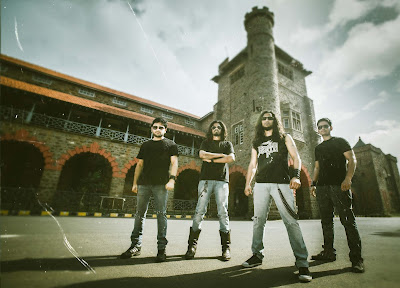 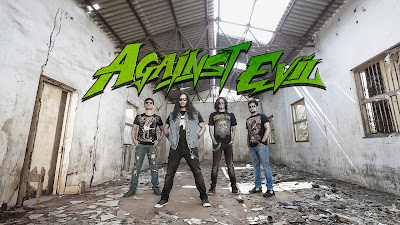 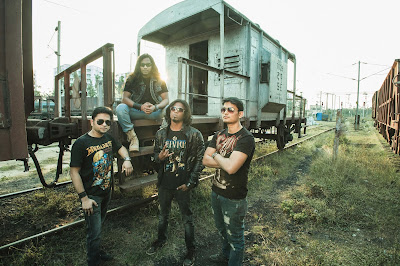 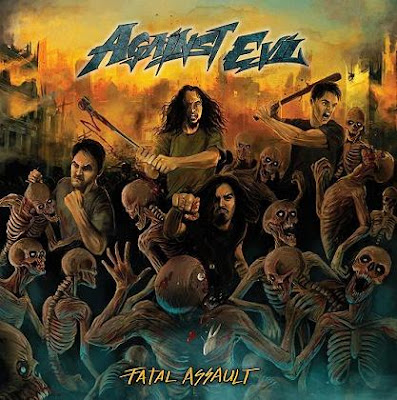