Hi, sorry for the delay and thanks for this interview. I just heard your new CD, which is very catchy and brutal. This is my sort of Death Metal, strong songwriting, everything has a purpose and it keeps our attention until the end.

1.   Kieran James: Please tell us the band history and how a Brazilian ended up in a Finnish band.

Chris: Hello Kieran! First of all I would like to thank you for the interview and it will be a pleasure to talk about the 3rd War Collapse! Well, I known Kalle since 2011 when we toured Europe together, he's a drummer of Inferia, an incredible Grind Core band that has been around since the 90’s.

I remember he was in the band not long ago and I was with my ex-band called Vomepotro, we became friends and talked about working on a new band with influences from Brutal Death Metal and Grind Core, they came to play in Brazil some time later and we decided to do this project, we started composing at the end of 2014.

2.      Tell us about the album recording, were you caught up in lockdown and unable to meet together?

Chris: The recording was very simple, Kalle recorded the drums in Finland and sent us the files, a month later, me and Rodolfo went into the studio to record our instruments and vocals here in Brazil where the album was mixed and mastered as well.

We were looking for a raw sound, no effects or plug-ins for the listener to imagine the band playing live, organic and real, without lies!

3.      Were the lyrics to many of the songs influenced by the lockdown and the continual fear mongering of politicians and their desire to shut down the economy for as long as possible regardless of who suffers? I see the song with the word “pandemic” in the title which was obviously another clue. Lockdowns hit the Third World worst - if you cant go to work then you die.

Chris: It is all very funny because the years are passing but the social problems continue to bring misery, violence, social inequality.

The lyrics of "Damnatus" were written between 2015 and 2016, there was no pandemic but nothing has changed since then we have this virus reaping millions of people.

I was forgetting to say but this CD was recorded between 2015 and 2016, we decided to release it now because before all the members were giving priority to their bands and the project was kept.

4.     What are your main influences musically, vocally and lyrically?

Chris: I listen to a lot of things in and out of Metal, but I think Death Metal, Thrash Metal and Grind Core are the styles that I like to hear.

There are many bands that I can say are influencing my way of playing, such as: Suffocation, Dying Fetus, Misery Index, Deeds Of Flesh, Disavowed, Brutal Truth, Phobia, Lock Up, Brazilian bands like Nephast, Fornication, Side Effects, Escarnium, Ratos De Porão, Korzus, all 90s Death Metal bands and also Slayer, Kreator, Anthrax, Exodus and many others, the list is huge!

When we talk about vocals, I get a lot of inspiration from bands like Deeds Of Flesh, Disgorge (USA), Suffocation, Dying Fetus, Devourment, Despondency, Disavowed and many others.

5.      I think ‘Forced to Suffer’ is a great song with a cool intro, extra slow and catchy and with a more guttural vocal than the rest of the album. ‘Profit from Corruption’ is another highlight for me. Have you had any feedback on those songs?

Chris: Yeah! I think "Forced to Suffer" is a song that has everything a Death Metal fan likes and many people say that it is one of the most important songs on the CD as well as ''Profit from Corruption" and "Fifth Column" for example, we are happy because people are understanding what we want and making a great mix of Brutal Death with Grind Core with unrelenting hyper speed!

6.      ‘Weak Minded Society’ seems to be the fastest track (in parts) but you make us wait until track nine for it!! Then ‘Mind Your Own Business’ is quicker too. I don’t think that’s a bad thing though to use the mid-pace approach. I guess the mid-pace approach is integral to what you are trying to do? (I did enjoy the whole disc right up until the interesting riff-work on the last song.)

Chris: That's right! I'm glad you noticed that! They are the fastest tracks but we just put the songs in the sequence that we believe is interesting for the listener, the first track "Eyes of Deception" is extreme from start to finish and whoever hears already realizes that we are not kidding…hahaha 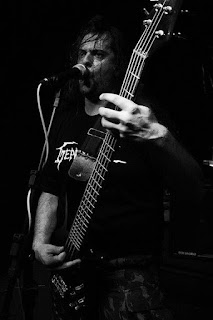 How has been the response to the album?

Chris: We are very happy because we have received great reviews from those who heard or bought the CD and due to its acceptance we decided to record the second CD that is already being composed right now, we have 4 songs ready and I believe that the new stuff will be finalized in the beginning of 2022 and we want to release this second CD in 2023.

What I can say is that the new songs are very brutal as well as lyrics too! It will be intense or more intense than "Damnatus".

8.    Are there any touring plans? Have you had shows canceled? Obviously it has been very difficult this past 14 months.

Chris: No because the album has been released in february and Kalle lives in Finland but we´re working in the new album and promoting “Damnatus” to underground press, friends, bands.

We want to release the 2nd full length in 2023 and tour for the first time in Europe to promote both albums, I believe after this tour we hope to play more times, at least one tour for year, let´s see what happens.

Chris: We hope to record more albums, keep the band alive with releases and possible tours.

I would like say thanks again my brother Kieran for let me to talk a little more about 3rd War Collapse!!!The bombing is just beginning! Less bullshit and more blasting beats everywhere! 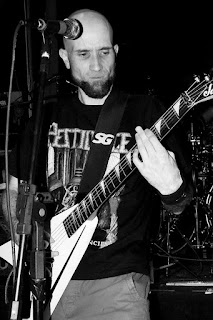 Join us in the social media: 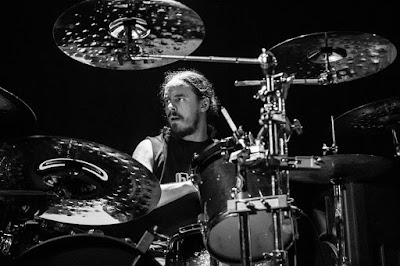 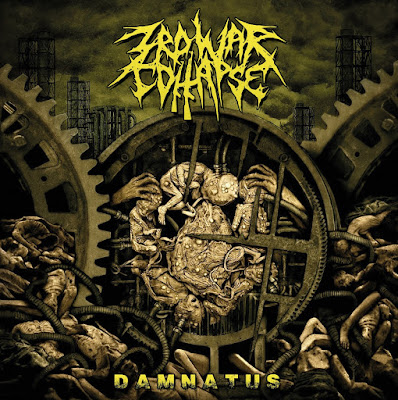