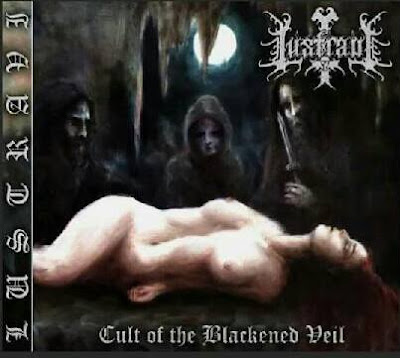 Lustravi – “Cult of the Blackened Veil” review  4/13/16
By Corey Athos for Busuk Chronicles
Florida’s Lustravi is  a ceremonial black metal  4-piece hailing from the bible belt.  They bring you their debut album “Cult of the Blackened Veil”.  From the beginning the tone is set.  Serious, omnipotent, insidious.
The speech on “Evil Incarnate” starts.  I can feel my heart pumping faster as if I were climbing the tracks on a rollercoaster with tension building until released at the top into this world of hatred, lust, religious rites, occult, and suicide.  Vocalist/Bassist Weller gets in your head and has you believe and see what she does.  “Cult of the Blackened Veil” is a tool to open your minds.  The message is clear all you have to do is listen.  What I really dig is the Blasphemy  on “Cult of the Blackened Veil” is done in an offensive yet intelligent way.  Lyrics and message backed up by facts and knowledge drawn directly from the book of the holy fused with distortion, screaming, sub frequencies, and a percussive assault..
Half way through the tone is reset with McWorter’s acoustic piece which will bring you to tears.
I really found the whole album to flow real well from start to finish.   The intro brings the tension and then releases into an Anti-Christian tirade screaming tortured yet commanding highs and lows that remind me both of David Vincent and Steve Tucker at separate times which is extremely was nostalgic.  You can hear and feel the anger building as you are pummeled by distorted and precise rhythms by guitarists McWorter and Cook.  Drummer Keisler is solid like a machine hitting hard with interesting beats.  Plays to the song and not to show off which I’ve seen many drummers do. The closing song “Sabrina” is a requiem for a fallen friend.  It is a somber epic masterpiece.   A perfect way to close Lustravi’s debut album..
“Cult Of The Blackened Veil”.  An instant classic with an amazing production, thick, powerful with a lot of attack.  Mastered by Punchy who has worked with acts such as Morbid Angel, Nile etc.
Lustravi’s “Cult of the Blackened Veil”  9.5/10

LUSTRAVI CD OUT NOW!! THE RELEASE OF LUSTRAVI'S DEBUT FULL LENGTH "CULT OF THE BLACKENED VEIL"'S RELEASE DATE HAS COME! ALONG WITH THE ARISE OF THIS 4 PIECE POWERHOUSE COMES A MESSAGE OF COMPLETE RELIGIOUS ARMAGEDDON!! GREAT SONGS, GREAT ART, GREAT LAYOUT! LUSTRAVI NOT ONLY EXPLORES THE BLASPHEMIC REGIONS OF THOUGHT BUT MANY OTHER EMOTIONS SUCH AS HATE, SORROW, LOSS, EMPOWERMENT, DOMINION! PICK UP NOW AT: OBSCUREMUSICK.BIGCARTEL.COM FACEBOOK.COM/LUSTRAVI 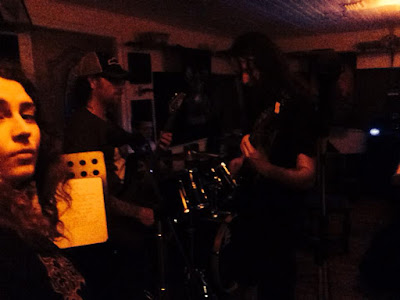 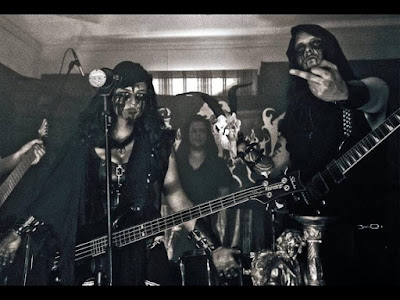 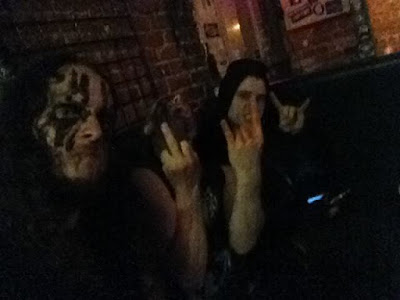