Jack Frost (Busuk Webzine): Please tell us the history of this band.

Karkash (Amora Savage Guitarist): Busta is the only original member. Amora Savage formed in 2003 or 2004.

Popo (Demons Damn Vocalist): When did you join?

JF: You were a drummer?

Karkash: Yes, before I joined AS.  They had five songs and one video-clip. But in that time AS music was more towards metalcore. Then in 2009 we recorded one song named “Resurrect the Curse Light”. After that I decided to resign. And then I joined again in 2012. At that time the line-up is the new line-up. There is one guitarist named Rony. I was then in the guitarist position of course. After that we recorded a demo of two songs “Between Life and Death” and “Buried Life”. Not long after we recorded the two songs the band became inactive. We decided not to kick Rony. For now we plan to finish our mini-album and after that maybe our album.

JF: How many copies were made of the demo?

Karkash: We share on the internet through Song Clouds and Reverbnation.

JF: Is there any feedback on the demo?

Karkash: Yes, from many friends and from other countries. They like our music, our songs.

Usenx (Amora Savage Drummer): Many people like our songs.

JF: Karkash, why do you want to be part of this band?

Karkash: I think it is one of my family too. I hope that we will be together until maybe it becomes bigger and bigger to become successful.

JF: Karkash, do you play in this band because Dajjal is too limiting for you?

Karkash: I think I can explore about the music with AS because AS never stated the genre of the band. But Dajjal stated to be only death-metal, right? I think I can more explore different kinds of music [with AS].

JF: What are the influences for this band?

Usenx: For now I actually listen to Cradle of Filth and Kreator. I explore more about Kreator.

JF: Do you want to make the sound like modern-day Kreator; like the sound on the Violent Revolution album onwards?

Usenx: No, just some influence but I don’t want to copy-paste the sound.

JF: What album is your main influence?

Karkash: I’m more to Maiden; all the albums I love; and of course Kreator too; and the Big 4.

JF: What is your favourite Maiden album?

Karkash: I love all but, maybe as a child, as a 10-year-old, I started to listen to Brave New World album. I love all the songs from that album. Then I explored more about Maiden albums.

JF: Who are your influences as a guitar player?

Karkash: My style is more classical combined with traditional shredding metal music. I love both Dave Murray and Adrian Smith. I mix the two. I love Kirk Hammett from Metallica and Dave Mustaine.

JF: Did you try to move the music away from metalcore?

JF: Did the band’s style change because you joined?

Karkash: Yes, maybe. AS is more to old-school, yeah? ...after I joined the band; because the other members love old-school too.

JF: Do you have a good partnership with the drummer?

Karkash: Yes, I have a good relation with all the other members; we are family; I love them all. 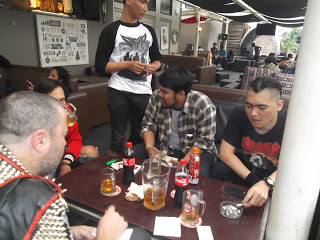 JF: What do you think of my comment that the vocalist should change so that we can understand the words?

Karkash: He learns about the pronunciation for English for the screaming technique. It’s hard for the vocalist to make the right sound when he speaks in English. Personally I do love his style. What do you think about his style?

Agam: He has a different character to the other vocalists.

Usenx: Different. He does not use growl or screaming but he tries to combine with the singing. He always learns more and progresses to be better and better. I really trust in him.

JF: Have you got any local band influences?

Karkash: Old-school rock from Indonesia - Edane; and of course, as I said in the Dajjal interview, Edz from Hellbeyond.

Popo (Demons Damn Vocalist): What are the lyrical influences?

Karkash: As far as I know it’s about reality and real-life and society problems.

Popo: What do you expect for today [the AS show in Bandung supporting Kaluman and Nemesis was due to start just after this interview] and the future for this band?

Karkash: We can always be creative, to make music, to make a good song.

Agam: Make album. We want to always be creative and to make good songs. We want to learn more about the music and enrich ourselves.

JF: Is it important for Bandung to have a variety of metal bands and not just one genre?

Karkash: Yes of course; because it’s more colourful in Bandung if that can happen and it will be cool.

JF: Are there any cities in Indo you really want to tour?

Usenx: I want to play in Medan, Surabaya, and Solo.

JF: I think with your band style you should play in Surabaya.

Karkash: Yes, in all the cities in Indo I hope; and if there is a chance we want to play in a foreign country.

Popo: Do you want to share about the music with older people in the scene or just with your friends and the younger?

Agam: I introduce the music to young people. It will give a good impact for our band.

JF: What do you think about my comment that you should make the words easier to understand?

Busta (Vocalist): I think my vocals are clearer than death-metal vocals. But I think my English is not so good. It’s only because the lyrics are in English.

Karkash: We try to make lyrics in English because we want the foreign people to understand our lyrics and message.

Karkash: For costumes like in Dajjal; no. It may happen that we use other types of costumes. It is not certain but it may happen.

JF: Popo, I know we both only listened to the demo today but what are your comments?

Popo: I think the band has fresh power and ideas to combine metalcore with death-metal music. Maybe he [Karkash] has given more impact to this band to do well with the death-metal influence. This band has different ... [style] to other bands in the same genre.

JF: What are your plans for the album?

Karkash: For the album we will try to be different from the demo. It is maybe already done for four or five songs but not finished. It is mostly just instrumental.

JF: How many songs are planned?

Karkash: At least nine or ten songs. We may arrange more than ten songs.

JF: Are any cover songs planned for the album?

Karkash: We have a plan but we are still not sure. We still collect the music first. 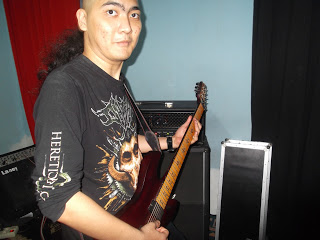 JF: Which song do you think you may cover?

JF: How about a cover of “Future World”?

Karkash: There are many options to cover from our influences.

JF: What is your message to the fans?

Usenx: Hopefully the songs will be heard by everyone and anyone.

Busta: We hope people can enjoy our music.

Agam: Not only hear the songs but looking at the lyrics and the music of course; that’s all.


Karkash: Maybe I hope that our music can have a positive effect on the listeners. 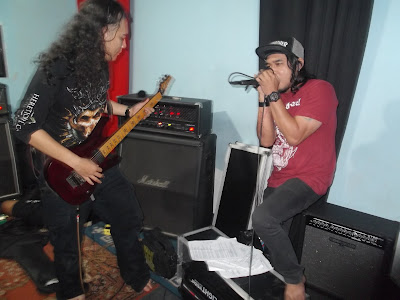 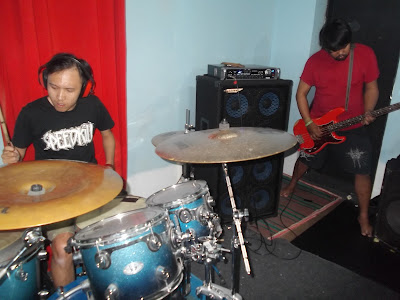 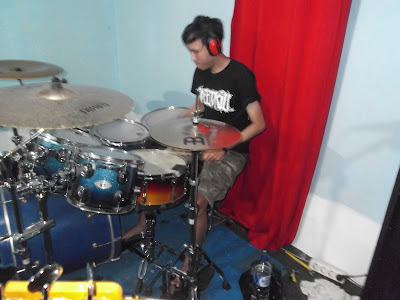 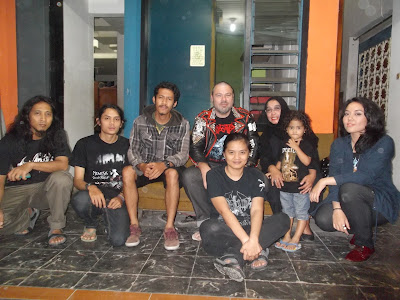 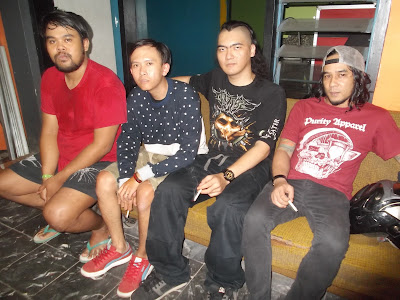 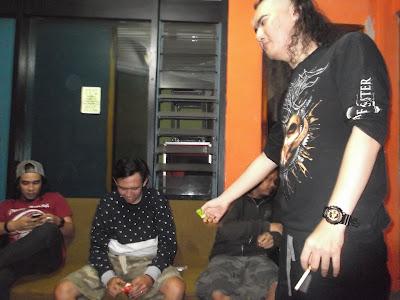 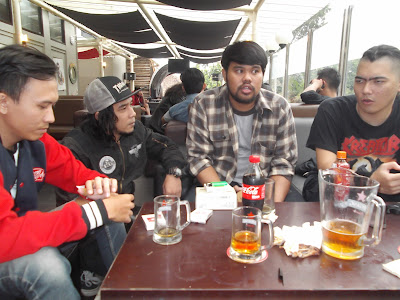 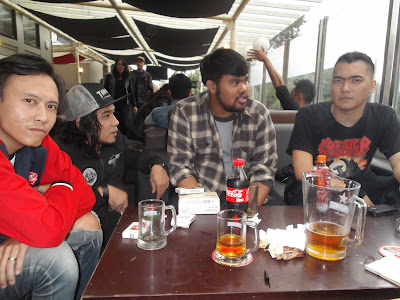 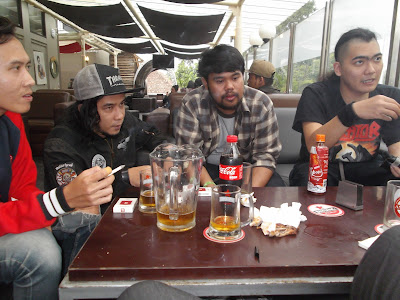 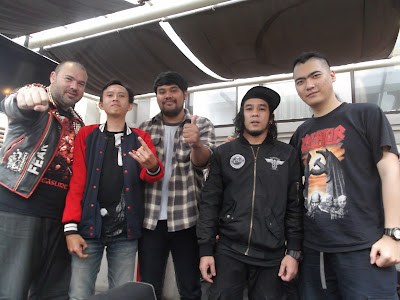