CRIMENA is a Romanian band from Craiova, 3.5hrs away from Bucharest. The band was formed in 2012 and the Indonesian vocalist Bob joined in 2015. Bob is originally from Bali Island and moved to Romania for work reasons. The band has one studio full-length album Chapter One: Divine Betrayal which was released by Leaders Records on 26 March 2016. Bob said he wants to promote the band in Indonesia and he hopes the band can tour Indonesia in 2017.

Kieran JamesQ1: Hello, can you tell us how the band was formed and still exist until now?
Bob (vokalis CRIMENA): The band was formed in 2012. Back then the guys started with another vocalist who left the band last year. I joined CRIMENA in October 2015 and since then we are a solid group with big ambitions.

Q2: How are the responses you get from others regarding your album?
Well, so far we heard only good reviews about the album. Everyone seems to like it and that makes us very proud. The reactions we get are positive and people seem to want more.

Q3: Which bands influence you the most?
The band itself had its main influences in bands like Pantera, Sepultura, Lamb of God, The Haunted, you know, groove stuff. The band-mates including me all have different influences. For example Macarena, the rhythm guitarist is a big thrash metal fan, Radu is big on oriental stuff such as Maximum The Hormone and so on.

Q4: What are the plans in the future?
Very soon we will release another music video and during the summer we will spend much time on new material because starting September 2016 we will resume touring through Europe.

Q5: What are the main theme in your lyrics and why?
So far, for the existing album the main there is religion. This album is a concept and it presents one big idea. It's about how through the years people have committed despicable acts and have justified them in the name of their god. For the new stuff we will move away from this subject a bit but our lyrics will always have a strong meaning. For now I will not give any spoilers about the theme of the new material but I can promise we will not disappoint you. You will have to keep close to find out :)) 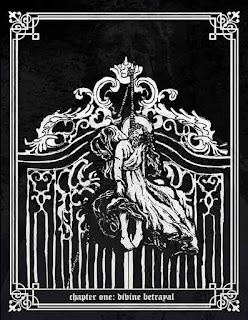 Q6: Why do you like to play this genre?
Here say something about the powerful feeling of the music, the freedom, etc. Plus your own reasons of course.

Q7: When did you start to be metal fans?
Since we were still in utero as our parents enjoy metal.


Q8: Do your family support you in this?
Well, we've been around for almost five years now, so... hell yeah!

Q9: What are the good and the bad things you find so far in the metal community in your hometown?
Everything's been great so far.

Q10: The most memorable events? Why?
Everything is memorable as almost in all of our concerts people enjoyed our music and did mosh-pit. But there was one when Vali accidentally hit a fan with his bass and the guy was bleeding and he wasn't mad at all but look pleased and proud because of it and went total rampage!

Q11: Anything to say to the metal brotherhood?
As we always say on stage ȚÂȚEEEE!!! (titties in Romanian).

To listen to the album: SoundCloud.com/CRIMENA/sets/chapter-one-divine-betrayal 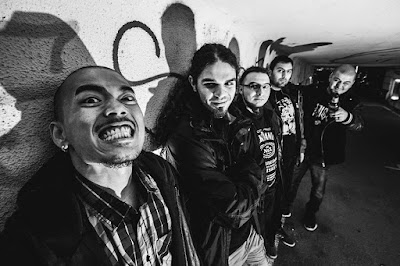 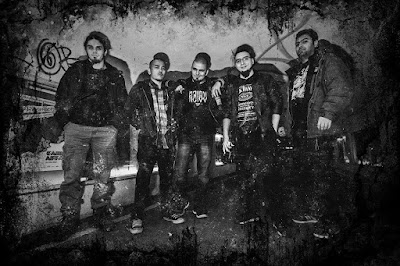 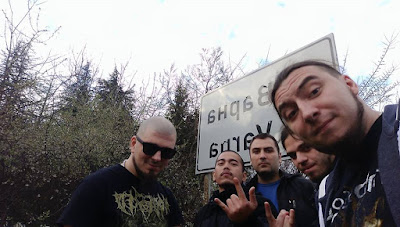 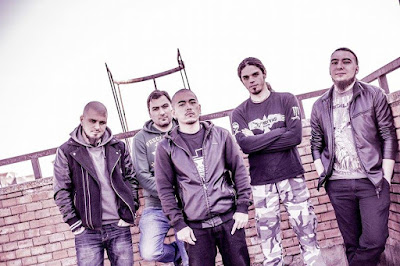 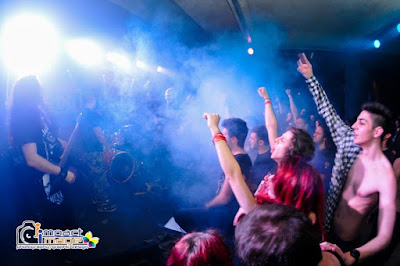 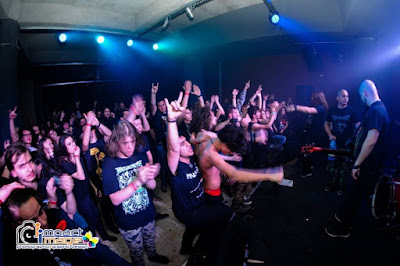 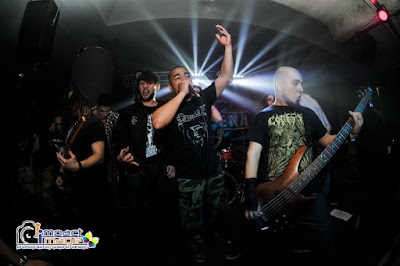 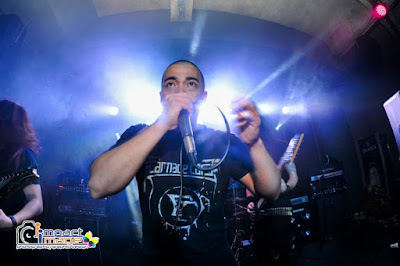 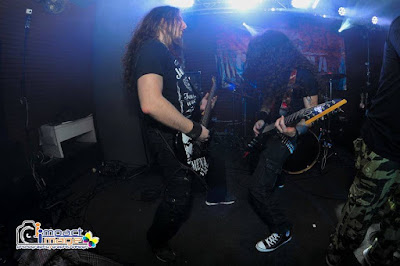 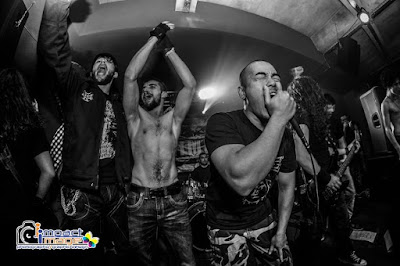 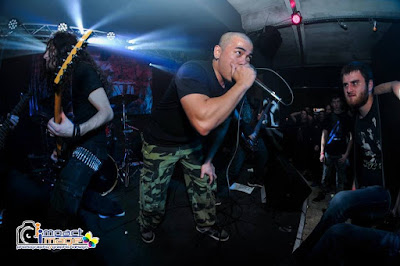