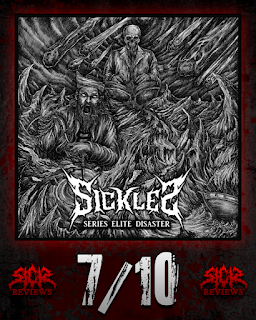 From the metal f***ing lands of Indonesia and formed in 2012, Sickles come with their first EP entitled "Series Elite Disaster"! Sickles perform a Brutal Death f***ing Metal with a big side of Death Metal and you can also find in this f***ing diversified disk some Black Metal and Grindcore influences and some technical moments! Muhammad Irsyad (Vocals), Arie Hardiyanto (Guitars), Roni Hardiyanto (Bass) and Haidir Arief Firdaus (Drums) are fulfilling their roles f***ing perfectly by performing an inspired, creative and f***ing brutal musick! "Series Elite Disaster" contains a very good production, a f***ing good mixing and sound, nothing spectacular but giving a raw result with f***ing good quality at all f***ing levels and a bass sound very present! The four Indonesian sickos have made an excellent f***ing job, very good vocals of Irsyad which can seems sometimes a bit redundant but is still f***ing enjoyable, f***ing great riffs in general from Arie and Roni with many good, catchy and some f***ing great bass parts, same thing on the drums side performed by Haidir, very good, f***ing fast and adding some insane f***ing moments! With its seven songs (one intro / one outro) and 20 f***ing minutes, this f***ing shit is very enjoyable, some truly f***ing brutal songs like "Arrival" or "Sabda Busuk Penguasa" but may contain some slightly weaker f***ing moments on songs like "In Carok We Blast" or "Apocalypse" and you can also find some clean symphonic or grindcore vocals! Despite its shortcomings, I think Sickles did a very good f***ing job with "Series Elite Disaster" by their imaginative side they still managed to stand out from the f***ing mass of bands everywhere and is a band to check for every true Death Metallers in the f***ing heart and we can only hope some great future shits from this f***ing awesome band! Very Good F***ing Shit! 7/10. [This review was first published by Andrew Sick of Sick Reviews on 1 January 2015 and is used here with his kind permission.] 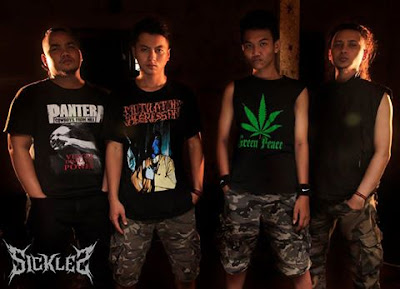 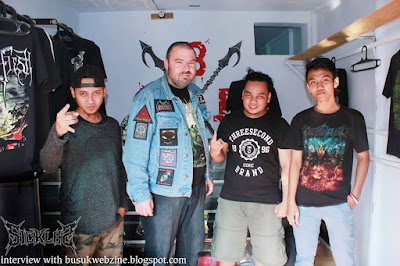 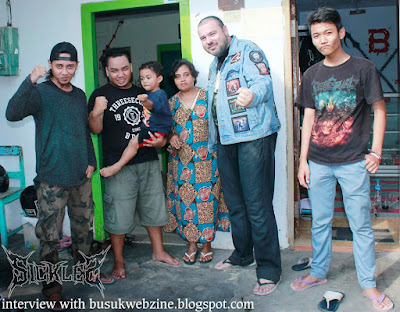 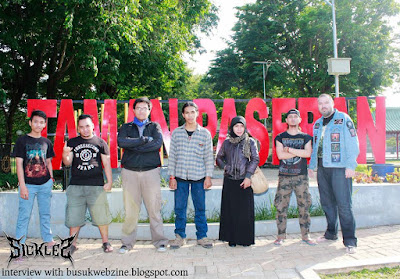 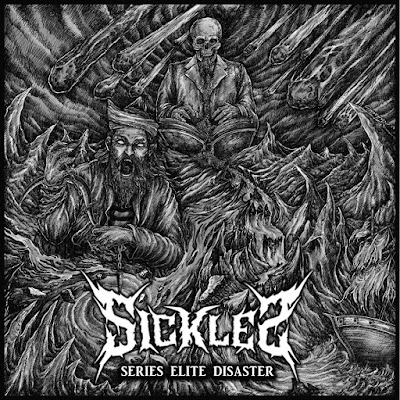