Kieran James1: Hi, can you tell me the early history from the formation of the band up to now?
Dairo Anthony (vocalist / ex-drummer, Cerebral Carnage): Cerebral Carnage is a Brutal death metal from Bacolod city Philippines existing since year 2007 and originally consisting of gennor (guitar) dave (bass) andrew (vocals) and dairo (drums). After writing five songs and practising, gennor, andrew, and dave were out of the band due to some schedule conflicts with their work. After three years my band searched for new members and we found macoi hulleza (guitars) julio enzo espelico (bass) masser amigos (drums) dairo (vocal). Since year 2011 we wrote two new songs "Fetus meat carnage" and "Chainsaw to utero vaginal whore". Macoi, enzo, and masser backed out because they had lots of personal problems in their lives. The band conducted an open audition for session players and we found jodd santillan (guitar) indai jixel (bass) and dalethrone parojillo (drums). After writing seven songs indai jixel left the band and focused on another band Kriterion. Jodd santillan backed out due to some schedule conflicts and focused on another band Nekroholocaust. Rawberto timbass joined the group filling guitar, viny dumalaog filled bass, and dalethrone parojillo (drums) and they added stability to the band after the month of practising. We self-released single promo entitled "Accumulation malignant whore and gutted". 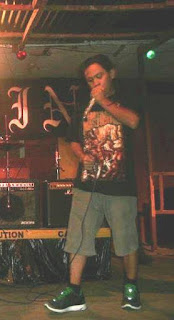 KJ2:How is the response of people to your mini-albums / album / demos?
Keep listen to demo song and watch gig.

KJ3: What are the most influential bands for you guys?
I should say devourment, disgorge usa, human mastication, down from the wound, and pus vomit. This was when we started the band but we also have had lots of other musical influences though the years.

KJ4: What are your future plans for the band?
I want to release more albums and merch, and have more tour gigs.

KJ5: Are the songs you create using English or foreign lyrics?
We hope to do something with lyrics in English, it would better for me.

KJ7: Why do you all like to play old-school instead of deathcore or other modern styles?
We don't dismiss modern styles of rock but the best is pioneer old school rock.

KJ8: When did you first become fans of metal bands?
I first discovered heavy metal playing Metallica on cassette tapes when I was 15-years-old.

KJ9: What do you say to people who ask why you play western-style music?
Our styles are all about speed, grooves, brutality and some technical approach in form of brutal death.

KJ10: Do the wives and girlfriends of the personnel support what you are doing?
Sure, we're constantly receiving marriage proposals from teen whores!

KJ11: What are the best and worst things about the community in your city?
The good thing is that the scene members always support each other's gigs. But the bad thing is it is a small brutal death scene here.

KJ12: What are your most memorable shows or experiences onstage?
One that stands out for me was a show we did in dumaguete city. It was the first time gig, the first song and I moshpit through the entire song. 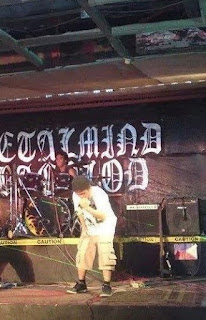 KJ13: Have you got any message for the fans?
Keep your spirit, still brutal death.

KJ16: What are your favourite Indonesian metal bands?
Asphyxiate and Perverted dexterity. 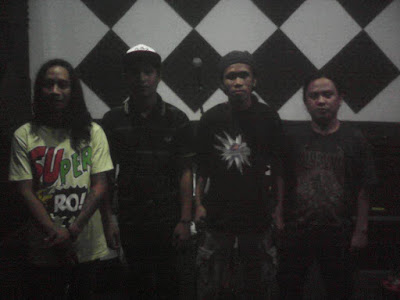 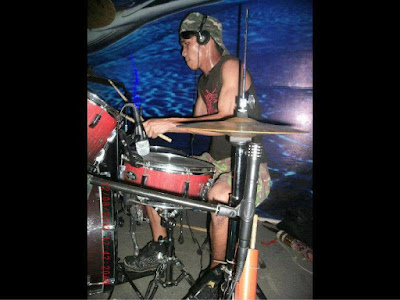