OPINION: Sartorial Synonymy: Why we are Losing the Ability to Represent our [Metal] Identities through Dress 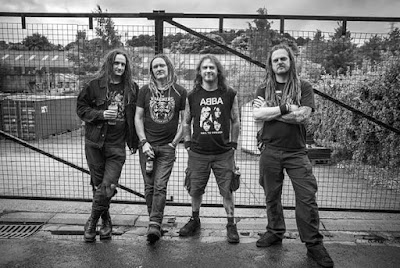 And if I seem a little strange / Well, that’s because I am” – The Smiths 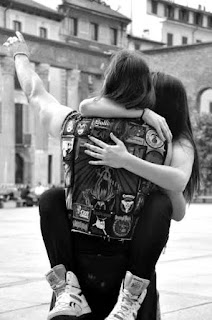 Qualifier: This article is not a piece on the superior/elitist nature of the metal and Gothic subcultures: it uses these subcultures as an example of representational change in London since the 1980s/’90s. All subcultures and scenes have value, though the metal and Gothic subcultures have been chosen as exemplary for this piece seeing as I have the most direct experience of them.
In the 21st century subcultural diversity seems deceptively low. There was a time in the 1980s and the 1990s where one would often see punks, goths, metalheads and ravers on the streets. However, these days it is not only unusual, but rare, to see any of the above subcultures represented. In this article I will argue that though these subcultures still exist, they have been pushed further into their own communities and that though there are more subcultures than ever existent in the 2010s, they mostly express themselves virtually. I will chiefly use the London gothic/metal community for argument, which I have been involved in for over two decades, and as such it is easier for me to see the movements within it and its projected changes. Moreover, I will argue that social media has created a society of increasing narcissism that manifests social insecurity, establishing a stranglehold over outward expressions of individuality. The need for acceptance and societal approval means that we see dressing subculturally as increasingly irrelevant while communities are becoming more and more marginalised.
It is important to note that subcultures do exist and in more varieties than ever. One only has to look at sites like Rate Your Music, social media, or the multiple existent internet imageboards to see that interest in subcultures is alive and well, with metal albums becoming more and more creative, diverse, and ambitious. However, expression of interest in metal seems to be more verbal than sartorial. People are not interested in “dressing metal” in everyday situations to represent their identity, “dressing metal” being generally defined as wearing black, wearing band t-shirts, leather or patched jackets, and any of the styles that saw a height of interest towards the end of the 20th century. It is also important that we draw a distinction between dressing metal every day and dressing metal purely for shows or gigs. The latter is ongoing, the former hardly at all: at recent London events for Ensiferum and In The Woods… the large majority of the audience dressed in metal attire, but on the streets during the daytime, this style of dress is now nowhere to be seen. Clearly interest in metal is still at a high, but dressing to represent it is not.
In the 1980s metal was about rebellion, not just in its message or its ethos but its tonality. The very sound of metal represented its transgressional extremity. However, in the 21st century a lot of people consider the rebellious aspect of dressing metal to be passé. My recent discussions with metal fans online showed that metal is not about rebellion in the way that it used to be, with dissemination of sociopolitical messages through metal – created largely as a backlash to the lack of such in the 1980s – as having served its time. Metal is no longer an appropriate vehicle for the passage of all political ideas. As a result, ‘dressing metal’ in everyday situations has become largely irrelevant. However, I argue that this is not the whole picture, and that, more importantly, dressing metal has become outmoded. Young people especially still feel the need to rebel, and always will do, so the question is: why is the paradigm of rebellion, as embodied through metal, no longer relevant, and what has it been replaced by [and how]?
Metal’s lack of cause for rebellion seems to be only part of the story. The reason for fewer people ‘dressing metal’, or representing an identity, is a result of newer social causes and dress styles that are proliferated through social media. People seem more intent on rebelling against each other than ‘the man’ or authoritative representation, which disempowers the former while empowering the latter. For instance, London student newspapers contain many articles on radical feminism, gender fluidity, race equality and rape culture, which are big current issues on the internet, and these are, in part, opposed by movements such as MGTOW and neomasculinity, which are discussed widely on YouTube and Facebook. These causes are often communitarily divisive rather than cohesive, creating factions and focusing on oppression while forging little positive long-term change. In short, social media creates a culture of microissues masquerading as neosubcultural revolutions in order to keep the public occupied through asserting largely inconsequential activism. Additionally, articles featuring infographics such as these influence many into thinking that wearing metal/individualist clothing is not only unfashionable but incorrect.
It seems to be working. Taking long routes through central London on public transport cedes no viewing of any subcultural representations, in stark contrast to twenty or even ten years ago. However, there are many people sporting beards, Ray Ban aviators, black slitted jeans or sunglasses with side shields. The energy of rebellion is now virtual rather than physical [or actual] which is a sign of the continually burgeoning digital age. Meanwhile, those who would want to dress metal most of the time see such minimal subcultural representation around them that to dress such would seem not only rebellious, but preposterous. We are more concerned than ever with approval, acceptance and narcissism. We are happy to listen to metal in the comfort of our homes, behind our headphones, or to discuss it on the internet. We can dress metal at shows which are ‘safe zones’ for acceptance and the margins where real-world communities have been pushed to. People do not want to create or represent an identity anymore, and dressing metal has become ostracised. 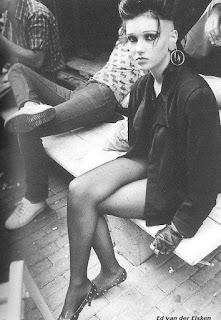 Like with any movement in society, whether noticed or oppressed, there are, and will be, anti-movements. It is this back-and-forth tussle in societies which keeps them energised. However, making predictions is difficult at this point. What we can say with certainty is that the older generations who used to dress metal now largely do not, either out of fear of acceptance from peers or just because they want to ‘move on’, while younger people do not dress metal – in spite of privately sustaining an interest – because it is seen as inappropriate or insignificant. Dressing metal’s lack of relevance is not a class issue either since metal, especially since the diversity of subgenres which sprung up in the 1980s, has large interest in both working and middle class camps. What has changed is the access which the classes have to each other through the internet, class borders becoming more and more blurred, and in many cases, unnoticed.
If there is one thing which social media has caused, it is a society which communicates intimately. We share desires, concerns, problems, images, and intimate details of our lives more than ever. In some cases this has direct positive bearing on our relationships and careers, but in many cases it is done for little reason other than for personal validation arising out of our insecurities, which are created by the very channels we discuss them through. Resultantly, the more we communicate intimately and share our similarities, the more, long-term, we start to think and act like one another. The net result of this is an increasingly homogeneous society comprising individuals who are afraid of representing their subcultures or identities except within those very subcultures where they operate. Ironically, others express their individuality through minor sartorial trends which are anything but individualistic. Though subcultures exist in more variants than ever, now they express themselves virtually or in situ, as mainstream media and social networks continue a covert influence.
Written by: Lysander
FIrst published online at:
https://heathenharvest.org/2016/05/08/sartorial-synonymy-why-we-are-losing-the-ability-to-represent-our-metal-identities-through-dress/ 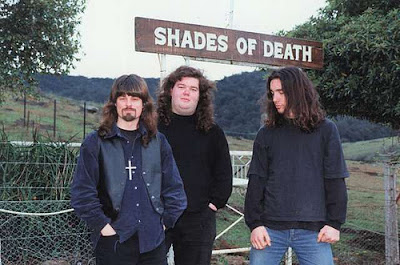